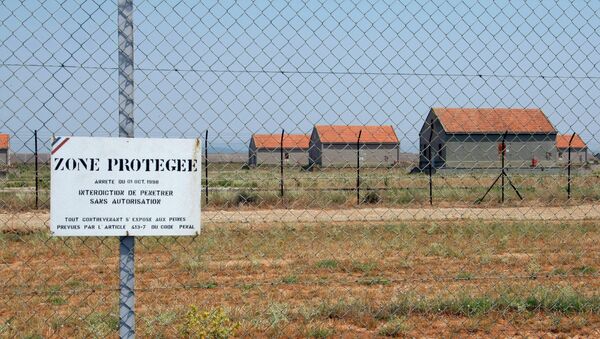 Security officials in France – which is on high alert for a terrorist attack – have been left red-faced after the theft of explosives from an army station in the south of France.

The French defense ministry has ordered security checks on all its military bases following the discovery that thieves have made off with explosives and scores of detonators from the base at Miramas in Provence.

Although the news was only broken by French media Tuesday, it is understood the astonishing theft took place at the weekend. The thieves – who may be linked to terrorist groups – made off with 190 detonators and a stock of plastic explosives as well as around 40 grenades, according to the radio station Europe1.

An investigation is underway into how the theft took place on a military base, which is used as a logistics centre as well as for stockpiling munitions. French media reported that there are no security cameras on the base perimeter fence.

The mayor of Miramus, Frederic Vigouroux, said he was extremely concerned about the raid. He said:

"This is a site that is highly secure and well-guarded. All state services are on tenterhooks. It wasn’t cotton candy that was stolen. These are dangerous munitions. Everything is inherently dangerous."

France has been on high alert since the recent spate of terror attacks began last year. In June, an Islamist terrorist tied his boss’s severed head to a fence before making a failed ram raid on a chemical factory near Lyon.

In January, Saïd and Chérif Kouachi forced their way into the offices of the French satirical weekly newspaper Charlie Hebdo in Paris. Armed with assault rifles and other weapons, they killed 11 people and injured 11 others in the building, sparking three days of panic in France.

Another gunman shot a police officer and took hostages the next day, at a kosher supermarket near the Porte de Vincennes. In the subsequent military attack, three terrorists were killed, along with four hostages.

In December 2015 police shot dead a Burundi-born French national who attacked them with a knife while shouting "God is great!" in Arabic. The man injured three police officers at Joue-les-Tours police station near the city of Tours before he was shot.

Due to ongoing threats to France by Islamist terrorist groups and recent French military intervention against ISIL, the French government has warned the public to be especially vigilant and has reinforced its security measures.

The theft of explosives from a military base will cause huge embarrassment for the French government.