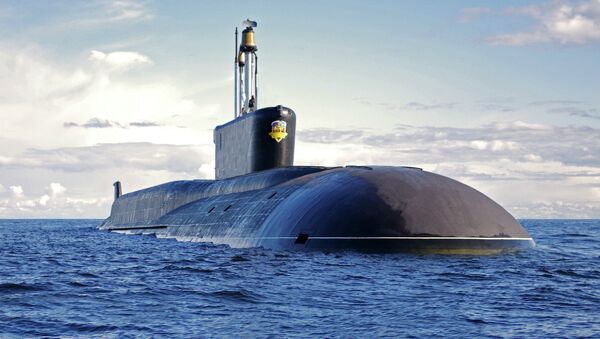 Russia plans to expand its nascent high-end submarine fleet with two new fifth generation nuclear-powered watercraft, known only as an "aircraft carrier killer" and an "underwater interceptor" at the moment.

Russia’s 5 Most Deadly Naval Weapons as Seen by US Media
Both submarines are currently under development.

The "underwater interceptor" will be tasked with protecting groups of ballistic missile carrying subs and fighting against enemy submarines.
Both submarines will be based on the same class but different in armaments and purposes.

Russian Shipyard Makes History: 4 Subs Under Construction Simultaneously
The project run by the Malakhit marine engineering design bureau is part of a large-scale $350 billion military modernization program that Russia is implementing. The program is scheduled to be completed by 2020.

"We need low-noise, fast-maneuvering submarines with the highest level of stealthiness and equipped with powerful weapons," he said.

By 2020, the Russian Navy is expected to operate a total of eight state-of-the-art Borei-class submarines and seven Yasen-class nuclear-powered attack submarines. 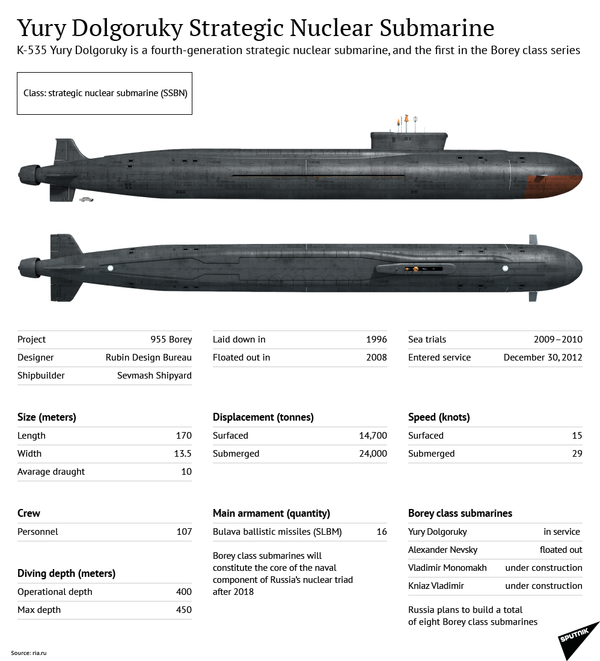