Obamacare Backfires: Insurance Companies Seek to Hike Up Premiums in 2016 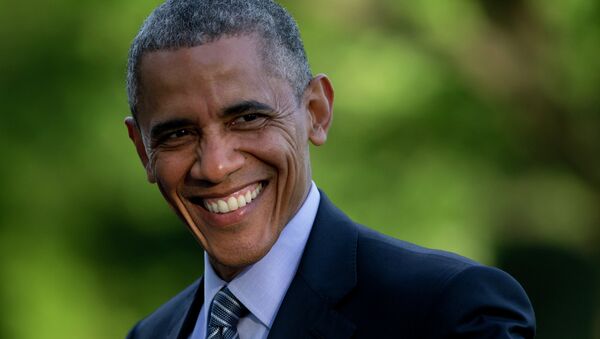 American health insurance companies are seeking to increase rates by 20 to 40% or more, while federal officials looking to calm outraged customers say they will work to scale back requests for such steep rate hikes.

Many companies are claiming that new customers who enrolled under the Affordable Care Act (AAC) – commonly referred to as "Obamacare" – turned out to be sicker than expected, leading to increased costs to insurers.

Obamacare Only Covers One Third of Americans Lacking Health Coverage

Now, the Blue Cross Blue Shield Association – which provides insurance to over 100 million Americans – wants to increase its rates by an average of 23% in Illinois, 25% in North Carolina, 31% in Oklahoma, 36% in Tennessee and 54% in Minnesota, the New York Times reported.

In Oregon, insurance commissioner Laura N. Cali approved 2016 rate increases for Moda Health Plan (a 25% increase) and LifeWise (a 33% increase). Moda and LifeWise, which are the largest and second-largest plans in the state, respectively, combine to cover more than 220,000 people.

"Rate increases will be bigger in 2016 than they have been for years and years and will have a profound effect on consumers here. Some may start wondering if insurance is affordable or if it's worth the money."

Some experts say there was an initial rush for services under Obamacare, and they expect rates to decline over the next few years.

Minorities in US Treated Less for Behavioral Disorders Than White Americans

"People are getting services they needed for a very long time," Marinan R. Williams, of the Scott & White Health Plan in Texas, told the Times. "There was a pent-up demand. Over the next three years, I hope, rates will start to stabilize."

According to Sylvia Mathews Burwell, the secretary of health and human services, any rate increases would be offset by federal subsidies. Of the 10.2 million people who obtained coverage through federal and state marketplaces this year, 85% receive subsidies in the form of tax credits to help pay premiums, the Times reported.

Insurers are seeking big rate increases for a variety of reasons, including the needs of consumers who were previously uninsured and the high cost of specialty drugs. Also, a provision that allowed some people to keep their current plans, even though they did not meet federal standards, led to people who were sicker than expected buying insurance under the AAC.

"Healthier people chose to keep their plans," said Amy L. Bowen, of Geisinger Health Plan in Pennsylvania, which has requested a 40% rate increase.

"Our enrollees generated 24% more claims than we thought they would when we set our 2014 rates," Nathan T. Johns, of Arches Health Plan, told the Times

Arches covers about 25% of the people who bought insurance through the AAC in Utah. The company said it collected premiums of $39.7 million and had claims of $56.3 million in 2014. It has requested rate increases averaging 45% for 2016.

BlueCross BlueShield of Tennessee, the largest insurer in the state's individual market, has proposed a 36% increase for its more than 209,000 consumers.

"There's not a lot of mystery to it," Roy Vaughn, of Tennessee BlueCross, told the Times. "We lost a significant amount of money in the marketplace, $141 million, because we were not very accurate in predicting the utilization of health care."