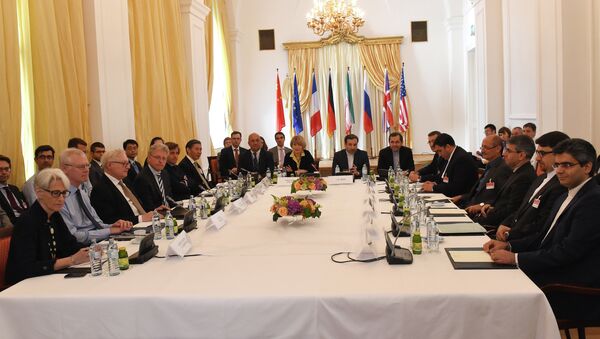 © AFP 2021 / JOE KLAMAR
Subscribe
The most significant sanctions against Iran, including economic restrictions, could be lifted by the end of 2015, in case there are no concerns over the Iranian possible military dimensions (PMD), a diplomatic source in one of the Western delegations told journalists Sunday.

IAEA to Report on Military Aspects of Iranian Nuclear Program
VIENNA (Sputnik), Daria Chernyshova — The PMD is one of the key issues that might influence the outcome of talks between Tehran and the P5+1 group of international mediators, who are attempting to sign a comprehensive agreement on the Iranian nuclear program before July 7.

The PMD include allegations about Iran running clandestine activities to create a nuclear weapon in the course of several years.

"Substantial sanctions against Iran could be lifted by the end of the year, in December, if major concerns on PMD issue are removed," the source said.