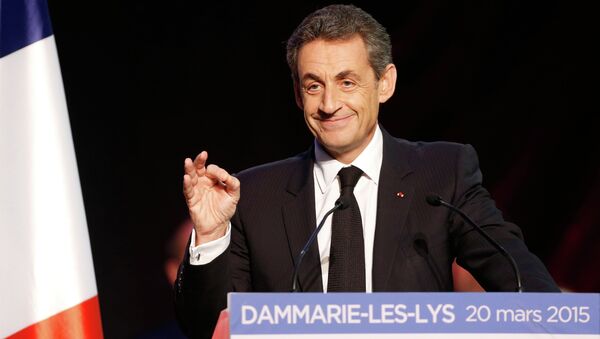 MOSCOW (Sputnik) — Blatter said that he personally was not in favor of voting for Qatar, but had to accept the majority decision in the FIFA Executive Committee.

"Before awarding the World Cup to Russia and Qatar there were two political interventions. Messrs Sarkozy and Wulff tried to influence their electors. That is why we now have a World Cup in Qatar. Those who have decided that, should also take responsibility," Blatter said.

According to Blatter, the German football federation (DFB) received recommendations from the former German President Wulff to vote for Qatar "out of [German] economic interests."

Blatter refused to take any responsibility in relation to the violation of the human rights in Qatar, and instead urged to take a look at the German companies having businesses in Qatar.

"Deutsche Bahn [the German Railways], Hochtief and many more already had projects in Qatar, when the World Cup was not yet awarded," Blatter said.

FIFA Arrests Tied to World Cup 2022 Bid in Qatar - Source
In 2010, following the FIFA Executive Committee vote, Qatar was awarded the right to host the World Cup in 2022. Qatar beat out bids from Australia, the United States and Japan. Since that vote in 2010, many countries were saying that Qatar secured the outcome through a series of secret deals.

In May, the US Justice Department unsealed an indictment charging nine FIFA officials and five corporate executives with racketeering and money laundering conspiracies. The suspects allegedly received some $150 million in bribes.