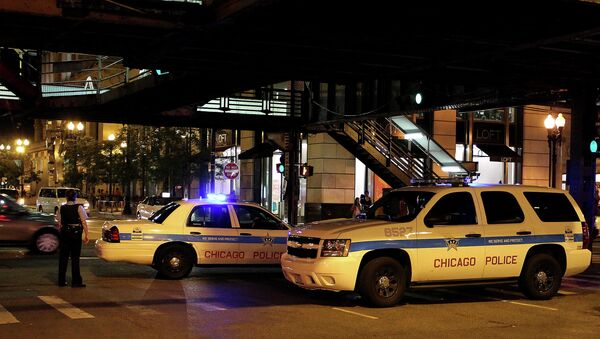 © Flickr / Ceyhun (Jay) Isik
Subscribe
International
India
Africa
Five have been killed during the holiday weekend, already, and police are working mandatory 12-hour shifts to deal with the escalated violence.

Five people have been fatally shot and seven others wounded across Chicago since Thursday, as the Fourth of July weekend opens with violence.

Vonzell Banks, who would have started a summer job on Monday before entering his senior year at Dunbar Vocational High School, was shot in the back. His 19-year-old cousin was shot in the foot.

According to witnesses, a gunman opened fire before jumping into an SUV which sped away.

The violence began Thursday morning when a 22-year-old was killed during a drive by in South Greenwood. He was rushed to Christ Medical Center where he was pronounced dead.

Later that day, a 20-year old was shot several times while riding his bike on the 2700-block of South Karlov. He was taken to Mt. Sinai medical center, where he died.

Six Dead in Pennsylvania Shootings, Manhunt Underway: Reports
Just after midnight, a 26-year-old was fatally shot while sitting on a porch in the neighborhood near 49th and Justine.

About an hour later, a 46-year-old man and a 43-year-old woman were walking down an alley near 92nd and Ashland when they were shot by someone in a white van. The man died, and the woman is recovering in a hospital.

Last year, 14 people were killed and more than 80 were injured during shootings throughout Chicago.

The police, however, are not the only ones on patrol this weekend.

“I think it is absolutely heartbreaking, but I know that it’s preventable,” says Tamar Manasseh about the violence.

The organization is based in Englewood, but it has members from Bronzeville and south suburban Hazel Crest.

“They love us,” says Katina Neely about the communities they’re monitoring. “They want us here, they want our help.”

Hadiya Pendleton was a King College Prep student. She was killed in 2013 while with friends at a park near President Obama’s home in Kenwood.