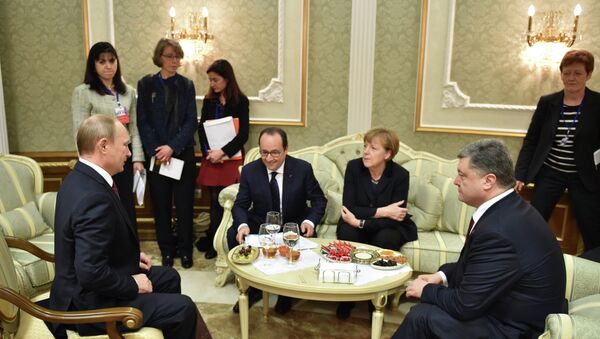 The inclusion of new members to the Normandy format of talks on resolving the Ukrainian crisis is not reasonable, a senior European diplomatic source told Sputnik.

Date for Next Normandy Four Meeting on Ukraine Yet to Be Defined – Source
VIENNA (Sputnik), Daria Chernyshova – Earlier, Ukrainian authorities spoke in favor of including the United States in the Normandy Four, comprising Russia, Ukraine, France and Germany. In February, the foursome hammered out a ceasefire deal between Kiev and eastern Ukraine's independence supporters, who the West claims are supported by Moscow.