© Sputnik / Alexei Danichev
/
Go to the mediabank
Subscribe
International
India
Africa
According to a report from the World Petroleum Council, between now and 2030, Russia's share of the oil and gas extracted from the Arctic shelf will be 55 percent, followed by Norway, Canada and the USA.

Russia
Arctic Logistic Support Ship Floated in St. Petersburg
Between now and 2030, Russia will account for 55 percent of all oil and gas extracted from the Arctic shelf, increasing production 3.6 times to 2.2 million barrels per day [BPD], according to a report produced this week by the World Petroleum Council [WPC]. 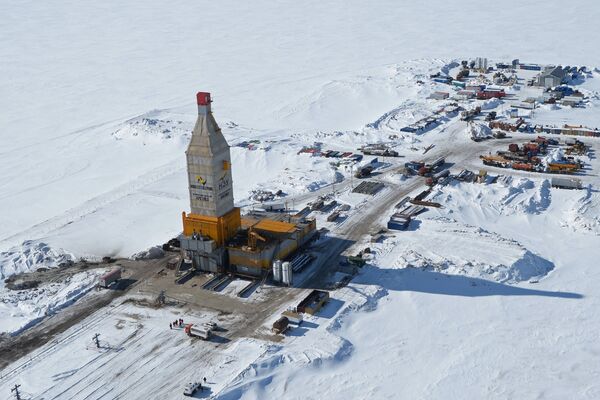 A view of the Arktika rig on the South Tambey gas field in the Yamal-Nenets Autonomous Area, northern Siberia.
© Sputnik / Mikhail Voskresenskiy
/
Go to the mediabank
"Active geological exploration work is already underway at half of the licensed sites, and hydrocarbons are being extracted at one quarter of them," Alexey Grivach, the Deputy General Director of Russia's National Energy Security Fund, told Izvestiya.