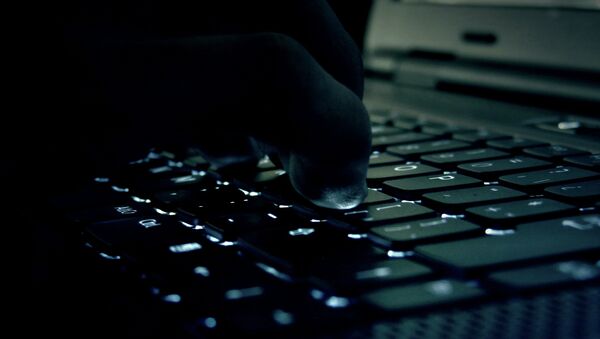 © Flickr / Ivan David Gomez Arce
Subscribe
On Tuesday, Ukrainian hacker collective CyberBerkut published excerpts from a report by Ukraine's Southern Region Military Prosecutor Pavel Bogutsky, detailing the criminal activity of Kiev-allied volunteer battalions in eastern Ukraine, as well as that of units of the Armed Forces and the Security Service.

"We have obtained official documents confirming that the so-called volunteer battalions are completely outside Kiev's control," CyberBerkut notes in its introduction to the documents. "Factually, they have turned into organized crime groups, robbing and killing their own people. In the course of their punitive operations, they have become so accustomed to impunity and all-permissiveness that they feel themselves to be above the law and outside [any] moral code," the hackers add.

The fighting groups in question include Aidar, Donbass, Chernihiv, Luhansk-1, Kiev-12 and other volunteer battalions, most of them under the formal command of Ukraine's National Guard. Bogutsky's report, which 80 pages in length, shows that over the past months, the battalions in the area of the Lugansk Region under Ukrainian control have committed over 200 crimes, ranging from armed assault and robbery, to kidnapping and murder. 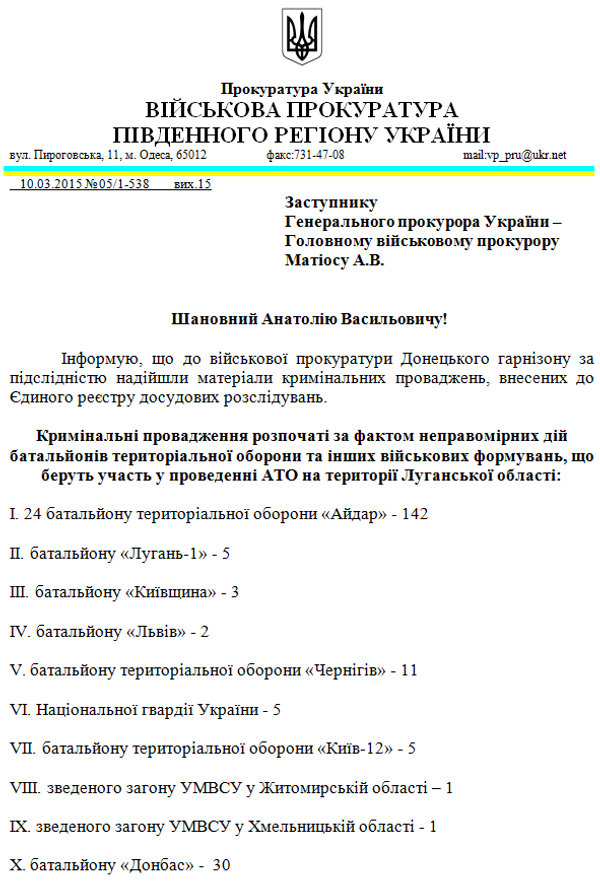 Bogutsky's report on "criminal activities entered into the Single Registry for Pre-Trial Investigation," documenting "illegal actions by territorial defense battalions and other military units involved in the Anti-Terrorist Operation in the Lugansk Region," and listing the number of crimes committed by each group.
© cyber-berkut.net

Pumping Iron: CyberBerkut Leaks Kiev's Plan to Boost Military Spending
The uncovered report also notes that some battalions ignore the orders of National Guard commanders. CyberBerkut comments that "in his report, Deputy Chief of the Eastern Operational-Territorial Associations of the National Guard for Work With Personnel V.P. Pylypenko reports that the command of the Azov Battalion does not comply with, and sometimes deliberately ignores the orders of the leadership of the National Guard."

The documents uncovered by CyberBerkut also show that personnel from the Ukrainian Security Service are also "actively engaged in criminal activity. Whether by their own initiative of under secret instructions, they kidnap people viewed as objectionable to the regime [in Kiev]. Relevant appeals by citizens have been made to Deputy Southern Region Military Prosecutor K. Ignatov," the hacker group notes, citing a document by Ignatov asking to check on the SBU's activities in the Dnipropetrovsk Region.

Art of Manipulation: Kiev to Create Project to Indoctrinate Donbass
Finally, Bogutsky's report also documents cases of armed clashes between the volunteer formations and units of the National Guard, with one document showing a National Guard commander asking that his troops be awarded medals for their detention of Aidar Battalion militants.

CyberBerkut is a group of hackers opposed to the post-Maidan government in Kiev. Since the start of the conflict in Ukraine in late 2013, the group has released a series of high-profile hacks. It has previously reported on the details of US plans to send arms to Ukraine, released information revealing the high casualty figures among the Ukrainian Army, information about snipers on Maidan Square, and Victoria Nuland's famous "F**k the EU!" exchange with US Ambassador Geoffrey Pyatt.