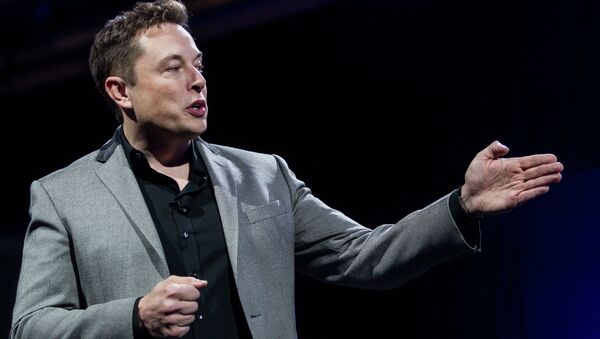 © AP Photo / Ringo H.W. Chiu
Subscribe
International
India
Africa
Artificial Intelligence (AI) systems have never been more quick in development - or more threatening, according to SpaceX founder and CEO of Tesla Motors Elon Musk, who is sponsoring 37 multinational research projects to clear the way for people and AI to work - safely - side by side.

Science & Tech
Elon Musk Concerned That Google's Robots Will Destroy Us All
Known as one of the world's most eccentric entreprenurial risk-takers, Musk has long been worried about the pace at which AI technology is growing, and has now granted roughly $7 million to global research on the opportunities — and dangers — of the field, according to the Future of Life Institute (FLI), which Musk has supported since January 2015.

Science & Tech
Elon Musk Donates $10 Mln to Keep Artificial Intelligence Human-Friendly
FLI president Max Tegmark, marking the "Terminator Genisys" film hitting theaters this week, stressed that "the danger with the Terminator scenario isn't that it will happen, but that it distracts from the real issues posed by future AI."