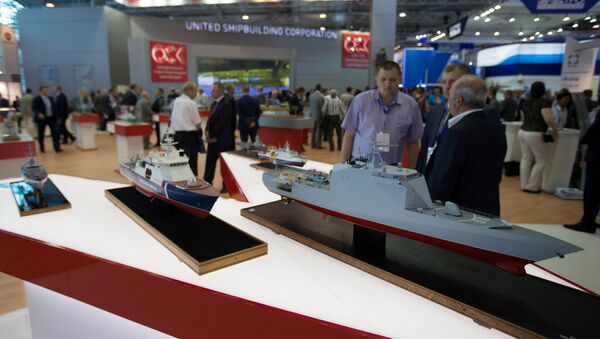 Armed and in operation: multi-purpose high-speed modular boats and ‘Krypton’ mortar air-to-surface missiles are among the major attractions at Russia’s annual Maritime Defense Show, which has kicked off in Russia’s northwestern gem city of St. Petersburg.

As the Seventh International Maritime Defense Show (IMDS-2015) kicks off in St. Petersburg, the media has been quick to share the key displays of the event.

Among the most spectacular is a new project, 17MJ: this multi-purpose modular high-speed boat with improved characteristics is made of a light alloy and can be used for leisure, diving, administration, patrol, and inspection, as well as for environmental and general service purposes. 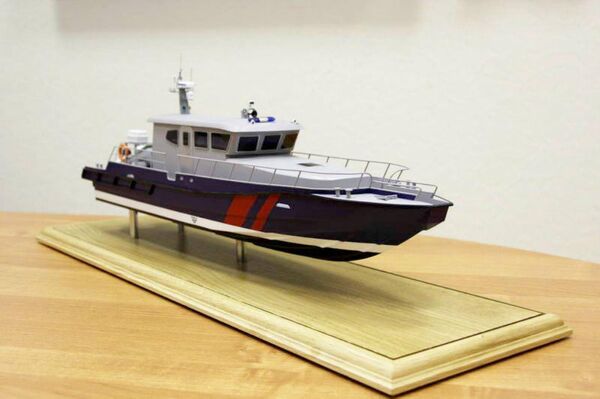 The vessel is intended for operation in ice-free coastal waters, as well as the estuaries of major rivers including shallow waters, both at night and during the day.

The boat can accommodate up to 12 persons in daytime and up to six at night. It is equipped with a state-of-the-art navigation system for safe handling (radar system, chartplotter, GPS/GLONASS, weather station, speed log, echo sounder, auto steering, thermal camera, magnetic compass etc.), the innovative Blue ARROW waterjet control system, firefighting equipment, A/C and a heating system (0°С to +35°С).

Additionally, the vessel is fitted with a launch-and-recovery system for boats with an outboard engine and a rescue raft.

Another state-of-the art vessel to be showcased is Diving Boat Catamaran Project 23370, a multi-functional modular boat.

It is to be used as a multi-functional platform which can carry specialized equipment and technical appliances. The boat, depending on the equipment installed, can be used for diving support, search and rescue operations and firefighting, or as a medical vessel, a port security vessel or a clean-up boat.

The key features of the new boat which distinguish it from traditional vessels are: more than 100 square meters of free deck space for the placement of machinery and equipment, a hydraulic crane manipulator and a cargo boom with a power-block, which allow the boat to carry out cargo handling operations and move equipment on board without using onshore loading machinery. The boat’s hydraulically-driven propulsion system can also be used for operating seaborne machinery and special, including portable, equipment.

Kalashnikov Group to Showcase Drones, Army Assault Boats in St. Petersburg
The demonstration part of the show near the quays of the Sea Terminal and in the water area will also present over 30 ships and boats of Russian Federation Navy, Border Guard of the Federal Security Service of the Russian Federation and enterprises-participants of IMDS-2015, including:

The Russkiye Vityazi, Strizhy and Rus aerobatic teams plan to perform at IMDS-2015.