US, Cuba to Open Permanent Diplomatic Missions After July 20 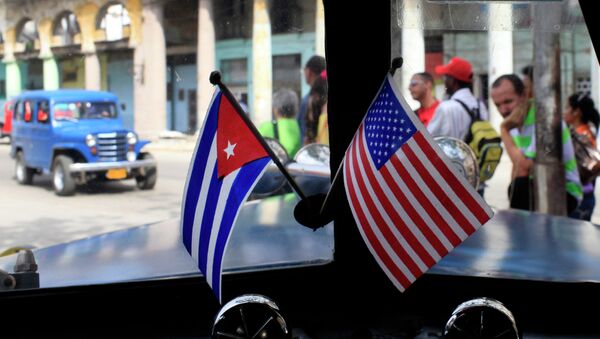 MOSCOW (Sputnik) — According to the ministry, Jeffrey DeLaurentis, the head of the section of US interests in Havana, delivered the letter to interim foreign minister Marcelino Medina Gonzalez earlier Wednesday.

The letter confirms the decision to reestablish the diplomatic relations and to open permanent diplomatic missions in Havana and Washington on or after July 20.

The United States shut down its embassy in Cuba in 1961, severing diplomatic ties, but has kept an unofficial "interests section" presence in the country.

In December 2014, Obama announced plans to normalize relations between the two countries.