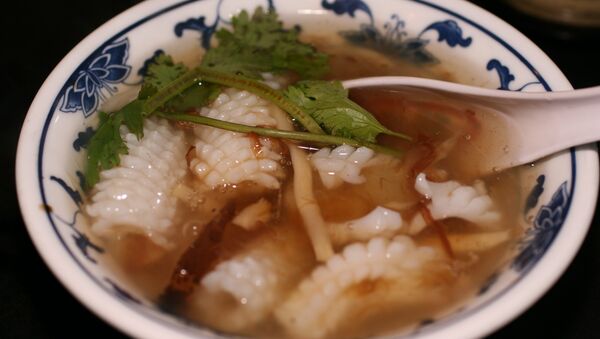 North Koreans are taking to “folk remedies” as the death toll from an outbreak of Middle East Respiratory Syndrome coronavirus (MERS) in neighboring South Korea rose to 33. The number of new cases now stands at 182, according to official reports.

The country’s residents appear to have little faith in their government’s ability to handle a possible MERS outbreak in the country, despite DPRK officials earlier claiming they’d invented a drug that cures a plethora of lethal diseases including AIDS and MERS, according to media reports.

“There has been a lot of active awareness campaigning along with prevention measures all across the country,” an anonymous source in North Korea’s South Pyongan Province told Daily NK.

Doctors have been checking every neighborhood and measuring residents’ temperatures. According to reports, no cases of MERS have been registered.

“It’s not only provincial, city, and county hospitals, but small local clinics that are carrying out daily tests on residents,” the source added.

Meanwhile, North Koreans are using squid as a “wonder cure” for MERS, the Guardian quoted the source as saying.

“Citizens cannot get medicine, even when various infectious diseases spread. So they actively use these folk remedies rather than listening to the authorities,” the source explained, noting that it is widely believed that East Sea squid can help to combat the virus.

State authorities advised citizens to eat squid soup during a paratyphoid (enteric fever) outbreak in 2006. Since then, residents are reportedly convicted that it can cure any fever.

“The citizens think that squid will be just as effective to treat MERS because the state cited fever as one of the affliction’s main symptoms – just like paratyphoid.”

South Korea to Punish MERS Quarantine Violations With Jail Terms
The source concluded that there is no “scientific evidence pointing to how a salty, boiled soup of squid is effective in curing infectious diseases that entail high fever, vomiting, and diarrhea.”

According to the World Health Organization, respiratory infections, such as tuberculosis, are among the most common causes of death in North Korea.