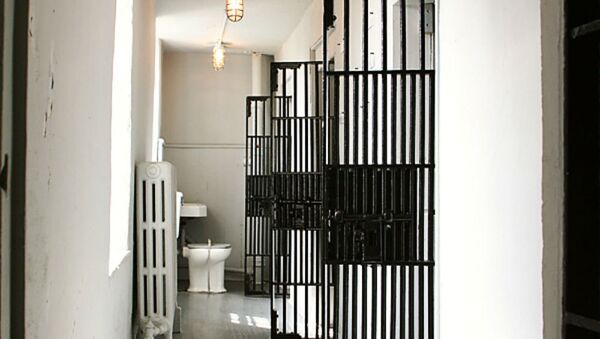 WASHINGTON (Sputnik) — Two correctional officers at the Baltimore City Detention Center have been convicted for two separate assaults on inmates, the Office of the State’s Attorney for Baltimore City said in a statement on Tuesday.

In one instance, officer Kelvin Gibbs assaulted an inmate as he was trying to receive medication after the two got into a verbal fight.

In another assault, officer Jemiah Green was caught on surveillance footage hitting an inmate to the ground after a verbal altercation.

In response to the convictions, State’s Attorney Marilyn Mosby said everyone who violates the law will be prosecuted fairly.

In early June 2015, the American Civil Liberties Union announced it filed a court motion due to the jail’s failure to implement the health and safety standards.

Lack of medical care, mental services and poor sanitary conditions endanger the health and safety of detainees, the ACLU said, and may have led to the death of up to seven inmates.

The Baltimore City Detention Center gained widespread media attention in 2013 after authorities busted a corruption and racketeering scheme in which a gang leader was able to deal drugs and impregnate four female correctional guards.