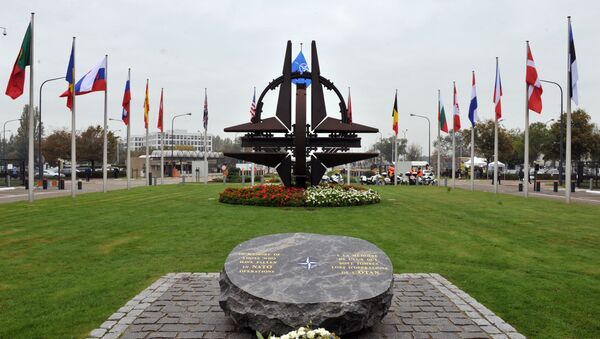 © AFP 2023 / GEORGES GOBET
Subscribe
International
India
Africa
Every third person in the United Kingdom, France and Germany believes the European Union should have its own army instead of relying on the US-led NATO military bloc, a poll conducted by ICM Research exclusively for Sputnik revealed on Tuesday.

Norway to Do NATO U-Turn as PM Labels Defense Spending Quotas 'Nonsense'
MOSCOW (Sputnik) – In early March, European Commission President Jean-Claude Juncker said that the European Union needed to create a unified army of its own to be able to respond to threats posed to both EU member states and neighboring countries.

On average, 28 percent of all respondents from the survey expressed a preference for creating an army to protect EU interests.

This opinion was shared by 37 percent of those polled in France, and a slightly smaller share of people in Germany (36 percent), while in Britain only 19 percent spoke in favor of an EU army, according to the survey.

In both Germany and the United Kingdom, less than half of respondents said they were happy about having NATO troops in their country (47 and 48 percent, respectively).

Expansion Continues: Now, It is Montenegro's Turn to Join NATO in 2015
The ICM poll asked a sample group of 4,096 people whether the European Union should have its own army to protect its interests, or if NATO should fulfill this role for Europe. The poll was conducted on May 1-4, 2015.

Amid worsening relations with Russia over the Ukraine crisis NATO has been expanding eastward.