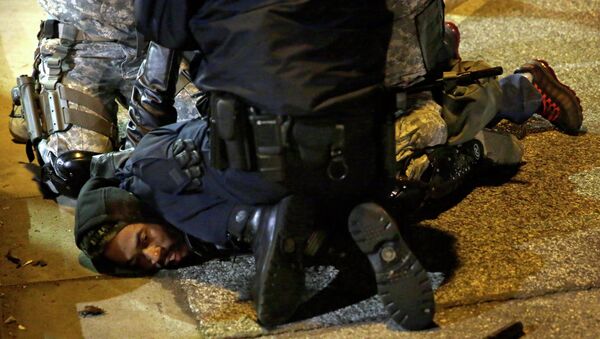 The US Department of Justice has criticized Ferguson police for its military-style tactics during large-scale protests last year, a local newspaper said Tuesday, citing a summary of a report to be released in July.

Tensions between police and the primarily African-American community in the US city of Ferguson, Missouri, escalated last year after a grand jury chose to not indict Darren Wilson, a white police officer, after he shot dead an unarmed black teenager, Michael Brown, in August. The grand jury's decision prompted protests around the country.

The US Department of Justice found that Ferguson police practices "served to escalate rather than de-escalate the overall situation," according to the outlet.

The Department criticized police for ordering demonstrators to disperse, in violation of the right to assembly and the right to free speech, guaranteed in the US Constitution. The report suggests banning the use of police dogs against the crowd, saying it unnecessarily antagonized and incited fear in Ferguson protesters.