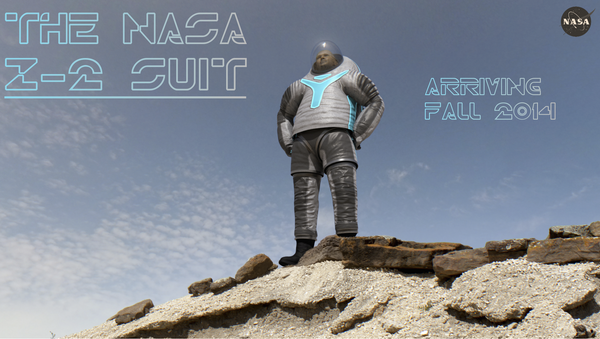 As NASA plans for the possibility of manned missions to extraterrestrial planets, the agency is starting to realize those bulky old spacesuits hanging in the closet may need some serious upgrades.

Anyone excited about the upcoming Matt Damon film, "The Martian," may have a few questions they’re dying to have answered. After being abandoned on Mars, how, you’ve likely wondered, does one plant a vegetable garden in that arid soil? How does one breathe as the limited supply of oxygen is rapidly used? How does one find water? How does one singlehandedly repair a communications satellite without so much as a call to the Geek Squad?

All of these questions will, likely, be answered in the movie. But the most unrealistic aspect may have less to do with survivability on the Red Planet, and more to do with the design of the spacesuit. In the interest of flexibility, NASA is radically rethinking its fashion line.

The new designs look, for lack of a better word, ridiculous. Forget that form-fitting orange suit pretty boy Damon wears. The new designs would make the star of "Good Will Hunting" look more like a hunchbacked Dr. Evil.

But function over form, I guess. Current spacesuits are designed to operate in microgravity environments. They’re fine for spacewalks, but if astronauts traveled to a planet or other body with more substantial gravitational forces, that extra pressure would make it hard to get around. 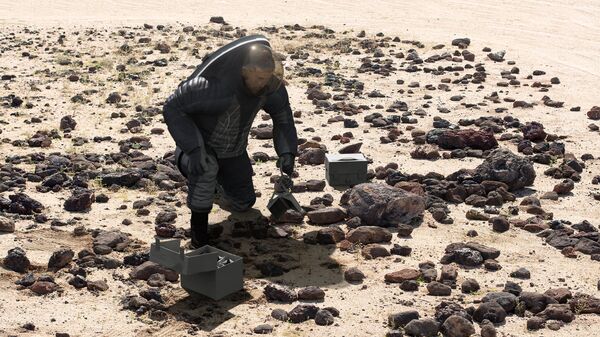 That lack of mobility would also make it virtually impossible for astronauts to conduct field work. Traditional suits don’t even bend at the waist, and so need a serious revamp to accommodate scientists who would need to bend to pick up rock samples from the Martian surface.

Nobody wants a multibillion dollar mission grinding to a halt just because a researcher dropped a hammer and can’t figure out how to pick it back up.

To solve the problem, Amy Ross, head of the advanced pressure-garment team at NASA’s Johnson Space Center, is designing the Z-2. Still in the prototype stages, it could see tests inside the large swimming pool at the Neutral Buoyancy Laboratory as early as next year.

Ross already thinks the Z-2 is a promising improvement over the old Apollo designs. 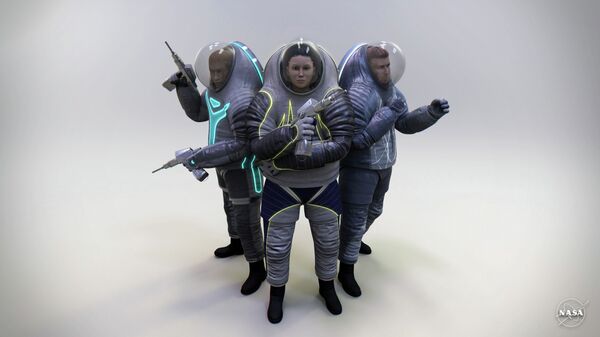 "It looks clumsy, and part of that is [that] lunar gravity is weird," she told Space.com, speaking about current spacesuits, not the gym-shorts-pulled-over-wrinkled-leather-pants look of the Z-2. "But when you’re designing [only for] a planetary-surface walking configuration, it will be different."

If all goes well in the testing phase, NASA would begin construction of a Z-3 model. This would incorporate a connection port which would allow astronauts to attach portable life-support systems. Live testing of the Z-3 onboard the International Space Station is expected to begin around 2020.

Can’t wait to see it on the catwalk.