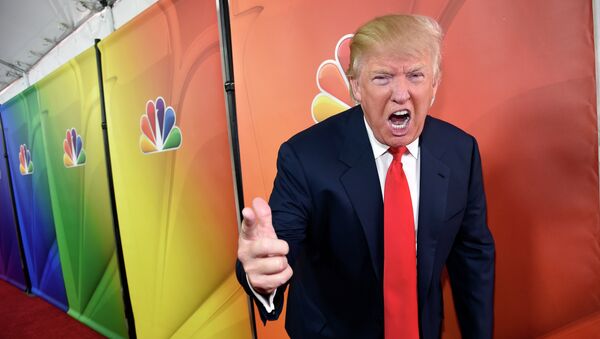 As Contracts Crumble, Donald Trump Becomes White Supremacists' Favorite
"At NBC, respect and dignity for all people are cornerstones of our values," the network said in a statement. "To that end, the annual Miss USA and Miss Universe Pageants, which are part of a joint venture between NBC and Trump, will no longer air on NBC," the statement continued.

"In addition, as Mr. Trump has already indicated, he will not be participating in The Apprentice on NBC."

In a speech announcing his bid for the presidency, the GOP candidate said that immigrants are "bringing drugs, they're bringing crime, they're rapists, and some, I assume, are good people."

A petition on Change.org asking the network to cut ties with Trump had collected over 200,000 signatures at the time of publication.

Univision, the largest Spanish language network in the United States announced the previous week that they would no longer air the Miss USA and Miss Universe Pageants and would cut all business ties with Trump.

Univision's rival, Telemundo, is owned by a division of NBCUniversal.