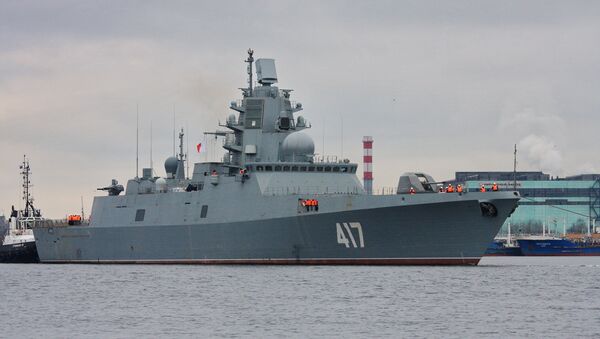 Eight ships and two subs will join the ranks of the Russian Navy by 2016 meaning that the arms procurement plan is running smoothly.

Russia to Receive Fifth-Generation Nuclear Submarine by 2020
The Russian Navy will receive eight warships and two submarines by the end of 2015 in accordance with the state arms procurement plan, Defense Minister Sergei Shoigu said Monday.

The two diesel-electric subs will join the ranks of the Black Sea Fleet. Among the eight ships, the minister mentioned the corvette Sovershenny (Perfect) and the first frigate Admiral Gorshkov.

Corvette Sovershenny, which floated out on May 22, is the first ship to join the Russian Pacific Fleet in the 21st century. It is a multirole guard vessel designed to combat an enemy's ships and submarines, as well as support marines with artillery.

The ship is armed with a complex of anti-ship missiles Uran (NATO name "Switchblade"), an air defense system Redoubt, three artillery cannons, eight torpedoes, and pads for machineguns and grenade launchers, and can carry one Ka-27 helicopter. 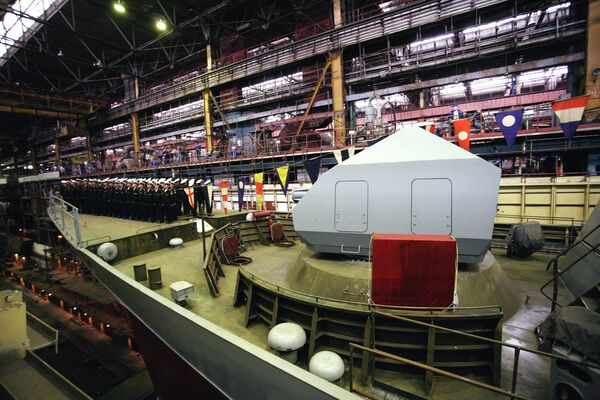 Frigate Admiral Gorshkov was launched in 2010. It will enter the service in the Northern Fleet. The frigate is armed with an A-192 130mm naval gun, launch units for 16 Oniks and Kalibr anti-ship missiles, an air defense system Redoubt, two close-in Palash weapon systems, as well as anti-ship missiles, and has a helipad for a Ka-27. 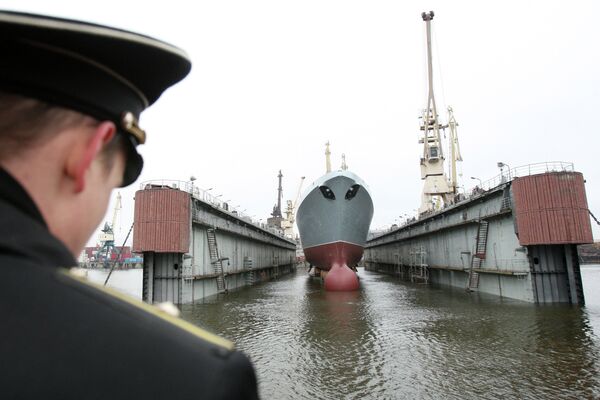 He added that 45 facilities will be built for the Russian Navy by 2016.