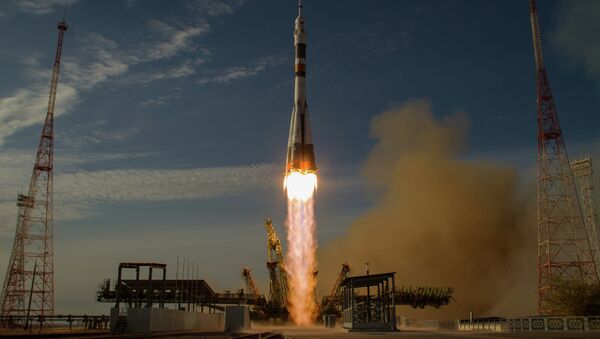 The Falcon 9 rocket exploded just three minutes after liftoff from Cape Canaveral Air Force Station in Florida. SpaceX rocket was carrying the Dragon cargo ship with supplies for the ISS. According to SpaceX founder Elon Musk, the explosion happened due to excess pressure in the liquid oxygen tank.

Science & Tech
Program for ISS Mission Remains Unchanged Despite SpaceX Crash - Roscosmos
NASA contracted SpaceX for $1.6 billion to fly at least 12 unmanned re-supply missions to the ISS. The failed mission was an attempt to deliver a water purifier, as well as an extra docking port adapter, food, research data and one extra space suit.

Although astronauts at the space station have enough water and supplies to last for several months, NASA Administrator Charles Bolden described the explosion of the rocket as a "significant setback" to the re-supply program, Breitbart said.

Currently, the incident is under investigation to find out what went wrong with the CRS-7 Falcon 9 rocket. Until the investigation is complete SpaceX won't be able to fly missions to the ISS.

The next cargo delivery flight will be launched from the Baikonur station in Kazakhstan this Friday after Russian officials re-scheduled it from August 3 to July 3.