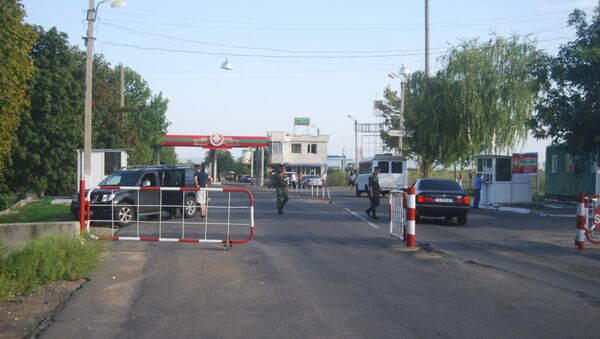 © Flickr / Dieter Zirnig
Subscribe
International
India
Africa
Ukraine continues to mass troops and heavy weapons on the border with Transnistria on the pretext that the self-proclaimed republic may launch a military campaign against Ukraine, Russian media reported on Saturday.

Moldova, Ukraine Wage Hybrid War Against Transnistria
“It looks like the Kiev authorities  want to picture themselves as encircled by enemies, ready to attack,” a representative of the Transnistrian KGB told Russia’s Zvezda TV channel.

“That we may have a war here tomorrow is hard to say, but we are not ruling out a Ukrainian provocation either…They could use for this purpose one of their many small private armies which refuse to take any orders from Kiev,” the official added.

On June 22, the deputy foreign minister of the Transnistrian Republic, Vitaly Ignatyev, said that Ukraine was moving its troops towards the borders of the self-proclaimed republic, sandwiched between Ukraine and Moldova.

“The situation here is very bad… Economic production is going down, foreign trade is shrinking, the security situation is equally alarming with our Moldovan partners holding military drills with NATO and the Ukrainian pressure mounting every day,” Ignatyev said.

He also mentioned the curbs Kiev has imposed on the transit of  Transnistrian nationals and citizens of Russia, almost 200,000 of whom currently live in Transnistria.

“They haven’t been able to travel to Russia via Ukraine for more than a year now. They have to move across Moldova, but Chisinau is creating problems too, along with economic sanctions,” Ignatyev added.

"We have two major tasks — to reinforce the border and curb corruption. Drug and weapons trafficking across this border means nothing good," Saakashvili told a news conference in Odessa.

He also blamed the Transnistrian authorities of destabilizing the situation in Ukraine.