What is the Reason Behind a Thousand Year Old Divide Between Russia, West? 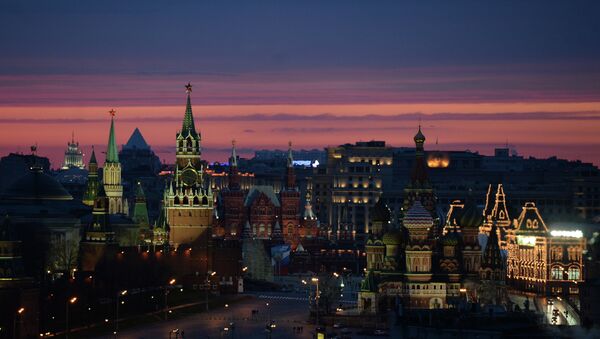 Media sees the current confrontation between Russia and the West as a new Cold War, but according to the French newspaper the real reason behind the conflict goes back thousand years into history.

According to Revue des deux Mondes, Vladimir Putin uses Russia's ancient Byzantine legacy in his foreign policy and diplomacy. In other words, the split that had happened between Western Europe and the Byzantine Empire still defines the current relationship between Europe and Russia.

The Orthodox Church plays a key role in Russia's foreign policy, especially when it comes to Moscow's relationship with its neighbors. Russia sees itself as the defender of Christian rights in the Middle East and as much as the West doesn't want to admit it, Moscow has done well at establishing good relationships with a number of Arab countries, the newspaper said. 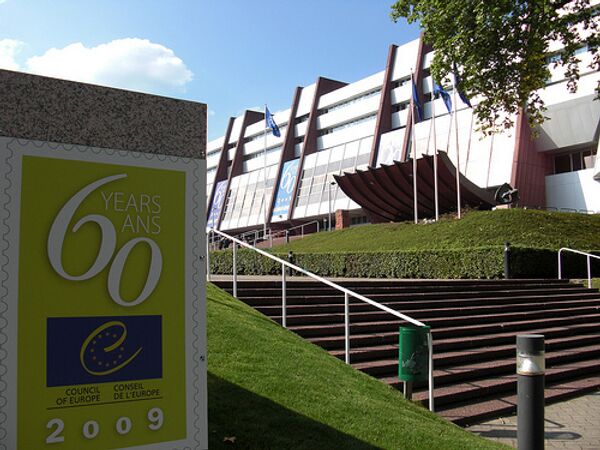 Western Politicians Accusing Russia of ‘Invading’ Ukraine Ignore History
Russia is a distinct civilization from both the West and the Muslim world; however, Moscow believes it is the important link between the two civilizations, the French monthly said.

Russia is a key player in world politics. Being both on the European and Asian continents, Russia understands the importance of developing relationships with both the East and the West and building a multipolar world, Revue des deux Mondes said.

Russia believes it can show the world how Christianity could co-exist with Islam using its own example. In Russia, Muslims and Christians have lived together for centuries.

Moscow believes that neither Western liberalism with its interventionist nature nor Islamic Sharia culture with its religious fundamentalism can make the world a better place. Russia's mission is to try to bring a balance between the two opposite powers, the newspaper said.

000000
Popular comments
The problem lies in the Russian government, its lack of an open democratic system and repressive ways against the opposition. Russia is a country that has a very rich society culturally speaking, but remains isolated from those countries that do not want to imitate its political system.
lbarrios
27 June 2015, 23:57 GMT
000000
if someone has paid attention, the first thing Mr PUTIN did in the beginning of his career, is to get rid of the jew oligarchs. Because he knew that they were the main danger for Russia. Maybe its a unknown fact, but the 1920 era Russian parliament was 85% jewish. The blosjewik jews created communism, and the main objective was to annihilate orthodox-christiantiy, and in general religion. Thats why in communism there was a ban on religion. Russia is not isolating itself, but protecting its values and morals, against the jewry war on mankind. Look wat they did to the USA. They OWN the usa, they push gay marriage into law. Its a thing beyond the flesh, maybe you cannot understand if you think the usa media is telling you the truth. The current war on Russia by Nato, is a usa driven machine, fueled by jews, just like the jews declared war on Germany in 1933. Type it in google and maybe you will believe. Ps karl marx, and trotsky were jews.
tom.titus
29 June 2015, 01:15 GMT
000000
Newsfeed
0
New firstOld first
loader
LIVE
Заголовок открываемого материала
Access to the chat has been blocked for violating the rules . You will be able to participate again through:∞. If you do not agree with the blocking, please use the feedback form
The discussion is closed. You can participate in the discussion within 24 hours after the publication of the article.
To participate in the discussion
log in or register
loader
Chats
Заголовок открываемого материала
Worldwide
InternationalEnglishEnglishMundoEspañolSpanish
Europe
DeutschlandDeutschGermanFranceFrançaisFrenchΕλλάδαΕλληνικάGreekItaliaItalianoItalianČeská republikaČeštinaCzechPolskaPolskiPolishСрбиjаСрпскиSerbianLatvijaLatviešuLatvianLietuvaLietuviųLithuanianMoldovaMoldoveneascăMoldavianБеларусьБеларускiBelarusian
Transcaucasia
ԱրմենիաՀայերենArmenianАҧсныАҧсышәалаAbkhazХуссар ИрыстонИронауОssetianსაქართველოქართულიGeorgianAzərbaycanАzərbaycancaAzerbaijani
Middle East
Sputnik عربيArabicArabicTürkiyeTürkçeTurkishSputnik ایرانPersianPersianSputnik افغانستانDariDari
Central Asia
ҚазақстанҚазақ тіліKazakhКыргызстанКыргызчаKyrgyzOʻzbekistonЎзбекчаUzbekТоҷикистонТоҷикӣTajik
East & Southeast Asia
Việt NamTiếng ViệtVietnamese日本日本語Japanese俄罗斯卫星通讯社中文（简体）Chinese (simplified)俄罗斯卫星通讯社中文（繁体）Chinese (traditional)
South America
BrasilPortuguêsPortuguese
NewsfeedBreaking
18:35 GMTFellow ‘Van Life’ Camper Helps Authorities Locate Gabby Petito’s Body
18:33 GMTWhite House: Biden Hopeful Call With Macron Step to Return US-French Relations to Normal
18:25 GMTFive Held in India’s Karnataka for Asking Dalit Family to Pay Fine After Entering Temple
18:14 GMTFormer Treasury Secretaries Urge That US Debt Limit be Raised 'Without Delay'
18:07 GMTNo Genies in Sight: 'Well of Hell' Sinkhole of Yemen Explored by Cavers
17:42 GMTSaudi King Tells UN General Assembly Yemen's Houthis Reject Peaceful Solution to Conflict
17:35 GMTMessi Was 'Tyrant' to Barcelona Teammates in Training, Claims Manager Ronald Koeman
17:27 GMTInt'l Support Group for Lebanon Urges Government to Take Active Measures to Ease Crisis
17:07 GMTIndia: Anti-Terrorist Squad Arrests Islamic Cleric Over Religious Conversion Charge
17:01 GMT'Would Fire it Onto Ceiling': Prince Philip's Mustard Jokes Landed Him in Trouble With Queen
16:59 GMTREC Group Support for Kamaz Export Projects to Exceed 20 Billion Rubles
16:53 GMTThe Cypriot Caveat: Why Erdogan Shouldn't Call Russia Out on Crimea?
16:43 GMTPoland's PGNiG Says Received Right to Take Part in Certification of Nord Stream 2 Operator
16:39 GMTSotheby’s Puts Frida Kahlo’s Rare 1940 Self-Portrait Up for Auction
16:37 GMTFlash on Jupiter Possibly Caused by 'Alien Bomb,' Blogger Says
16:30 GMTIt's Massage Time: Bulldog Scratches Buddy's Back
16:29 GMTLNA Commander Haftar Instructs Col. Gen. al-Nazuri to Act LNA Head for Next 3 Months
16:20 GMTFrance to Return Ambassador to Washington Next Week After Macron-Biden Phone Call on AUKUS Spat
16:17 GMTWatch Haitian Deportees Throw Shoes at US Officials, Try to Storm Plane in Port-au-Prince
16:07 GMTPorn Actors' Trade Organisation Shakes Hands With Lobbying Firm to Get Protection From Congress