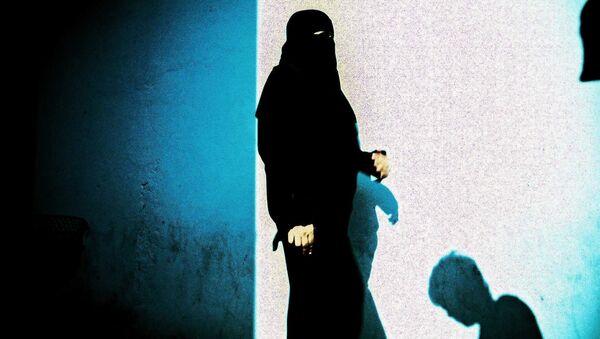 The numbers of German women joining terrorist groups in the Middle East is rising rapidly. Some of them leave the country together with their children and encourage them to become jihad fighters.

The official number of German female residents who left the country to wage jihad in the Middle East is about 100. However, the real figures are suspected to be much higher as reports contain data only about girls who are at least 14 years old and those who were reported by their families as missing.

ISIL Fighters Execute 146 Civilians in Kobani, Kurdish Forces Reclaim City
Sometimes women travel to the Middle East with children, which fall out of the statistics. If families sympathize with ISIL and other terrorist organizations, they also do not report to the police if their children decide to join the terrorist groups.

According to reports, most women join ISIL, a militant Islamist group that occupied large parts of Syria and Iraq. However, some women also become members of competing groups, as did Lyudmila, 31, from Kazakhstan.

Lyudmila reportedly left Germany with her three children to join Dschunud Al Shame (‘Soldiers of Syria’), a radical Islamist group fighting against the Assad regime. The young and, apparently, well-educated woman fulfills an important function: she is responsible for translating the group’s propaganda pamphlets into German.

ISIL Slaughters 400 Captives in Palmyra, Mostly Women and Children
Dschunud Al Shame criticizes the activities of ISIL. The Islamic State is behaving dishonorably in many ways, because it attacks military bases of other Islamist groups, steals other fighters’ weapons, food and vehicles, members of the Islamist group claim.

However, Dschunud Al Shame represents an equally violent Islam. The only difference is that its members cut heads and conduct other executions after a court’s judgment.

According to the newspaper, Lyudmila encourages her 10-year-old son Leon to be instructed by the extremist militants not only in religion, but also in military education. The boy is expected to take over guard duties and become a ‘successful’ Islamist fighter in the future.