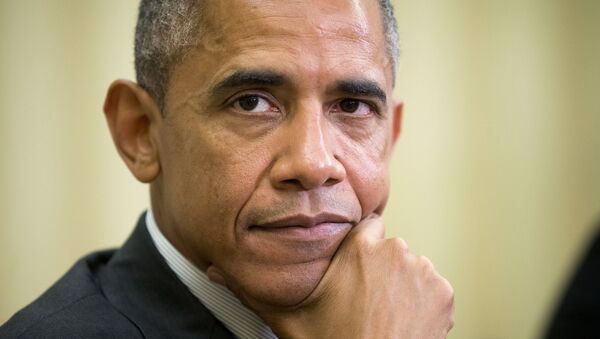 WASHINGTON (Sputnik) — Greece has been making periodic debt payments to the International Monetary Fund (IMF) and still owes 1.5 billion euros by the end of this month, Maloney and Bilirakis wrote.

“We hope that the US will actively engage with all parties in the negotiations to help facilitate an agreement that enables Greece to pay back its loans, prevent future financial collapse and expand economic opportunity for the Greek people.”

Maloney and Bilirakis warned in the letter that the financial stability of the entire Eurozone was at risk if Greece defaulted to its creditors.

The country’s total public debt stands at $315 billion, according to Bloomberg.

“It is in our country’s [United States’] interest for Greece to remain an economically viable member of the Eurozone. Greece has always been a steadfast ally of the United States, and remains a stabilizing force in the Eastern Mediterranean.”

A Greek exit from the Eurozone, or Grexit, “would certainly have a negative impact throughout the global market and affect trans-Atlantic trade,” Maloney and Bilirakis warned.

The Congressional Caucus on Hellenic Issues in the US House of Representatives has about 120 members of the 435 in the chamber. The Caucus is composed mainly of lawmakers of Greek descent as well as those representing districts with many residents who carry Greek surnames.