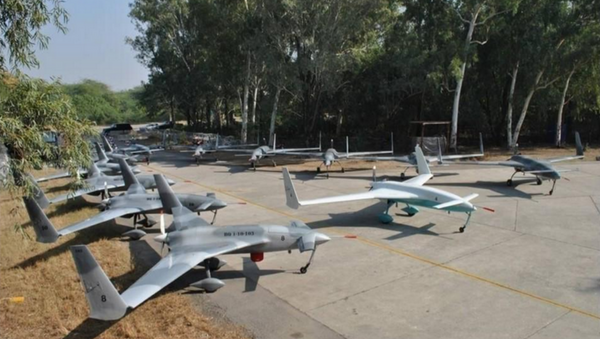 © Twitter/AsimBajwalSPR
Subscribe
International
India
Africa
Australian Parliamentary Committee gave an exclusive right to military personnel to operate armed unmanned aircrafts and use them in compliance with international law, according to the Senate Foreign Affairs, Defense and Trade Legislation Committee.

"A policy statement governing the deployment of armed unmanned platforms should be clearly articulated by the Australian government," the report read, according to Australian news agency AAP.

US Approves $69Mln Sale of Radar-Destroying Missiles to Australia
The committee urged comprehensive communication between government departments on the issue of armed drones.

The report said that an upcoming Force Structure Review may provide for obtaining armed unmanned aircraft by the country.

Asia
Australian PM Heralds Signing of Landmark Free Trade Agreement With China
The review will determine future capability needs of the Australia Defense Force and will address allocating funding ahead of the release of the Australian 2015 Defense White Paper.

The Australian Defense Force has used a number of surveillance drones in Iraq and Afghanistan. Plans by the military to acquire armed drones are currently on hold due to disputes surrounding the extensive use of the lethal aircraft by the United States, according to the news agency.