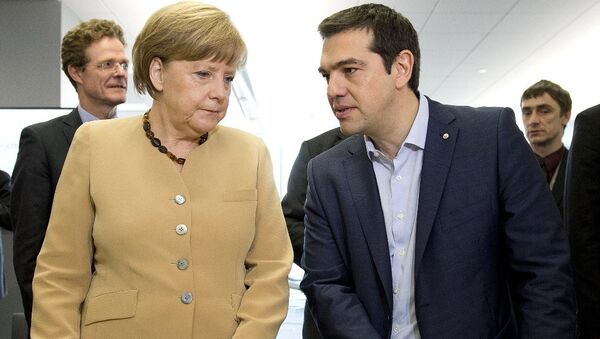 Hollande Dismisses Merkel's Efforts on Greece as 'Pure Show' – WikiLeaks
BERLIN (Sputnik) — There is not enough progress in negotiations between Greece and its international creditors, German Chancellor Angela Merkel said on Thursday.

Athens is in talks with its major international creditors attempting to unlock financial aid to avoid a default on its multibillion-dollar debt before the expiry of the current bailout program on June 30.

"From what I have heard today ahead of the meeting of finance ministers, we have not made necessary progress yet. There is even an impression that we have moved somewhat backwards on many points," Merkel said.

Therefore, it is "very important that Greece continues work" with its creditors, namely the European Central Bank, the International Monetary Fund and the European Commission, she added.

Following several failed attempts to come to agreement on Greece debt settlement, the Eurogroup and Athens will resume the talks later in the day.

I am sure #Merkel knows this, but if the talks fail over (economically misguided) cuts of 2.5 bn p.a., world will blame her, not #Greece.

Greece's overall debt stands at about $350 billion, of which $270 billion is owed to its three major lenders.