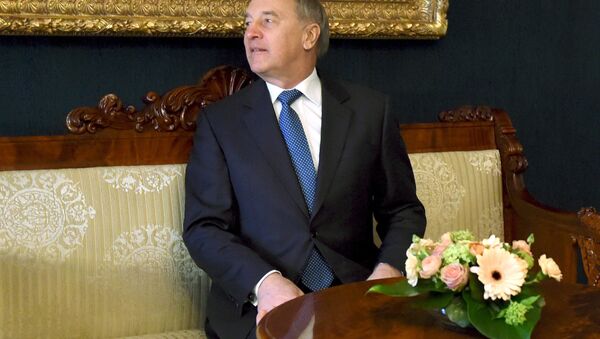 "The reality is that Russia is our neighbor, and we need to look for ways to develop good neighborly relations between our two countries no matter what," Berzins said.

He added that he believes that both countries "still remain good neighbors, and that relations with Russians on a personal level did not deteriorate."

According to Berzins, good relations between the people of Latvia and Russia have been preserved, despite a clear decline in political and business ties between the two countries.

"And that is the basis for further development. As a President, I have always tried to do my best to add to the development of Latvian-Russian relations. In this regard, I remain an optimist in spite of everything,"Berzins pointed out.

Until the end of last year, cooperation between Russia and Latvia was positive and growing, Berzins said, adding that there was no reason for the long-term business relations between the two countries to stop improving.

Latvia, NATO Not Considering Russia Enemy – President
Berzins' term in office expires on July 7. He will be replaced by Raimonds Vejonis, who will be the European Union's first Green Party head of state. Vejonis previously served as Latvia's Minister of Environment and later became its Defense Minister.

Russians have constituted the largest ethnic minority in Latvia for the past two centuries. Russians made up 26.9 percent of the country's population in 2011, although the country's Russian population fell from 703,243 to 556,422 between 2000 and 2011, according to the Latvia's Population and Housing Census.