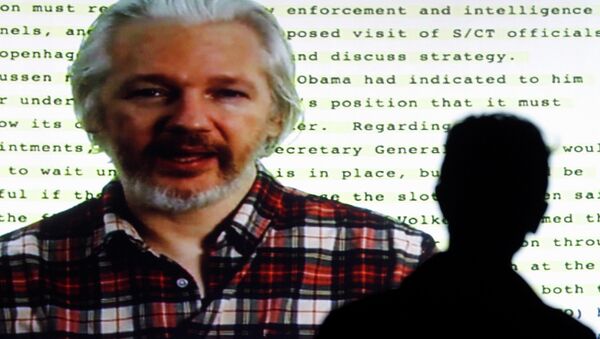 WikiLeaks founder Julian Assange has told French TV that the Paris Government should take legal action against the United States over its alleged snooping on three French prime ministers.

Ironically, the news comes the day after the French parliament adopted the final version of an anti-terrorism law that gives a wide range of surveillance powers to the country's intelligence agencies.

Assange told TF1 that France should launch a "parliamentary inquiry" following its revelation this week that Washington had spied on three French presidents, sparking fresh outrage over the mass surveillance by the US National Security Agency (NSA).

His comments come as Germany's parliament is carrying out an investigation into the co-operation its own security agency, BND, gave to the NSA when it allegedly spied on EU officials as well as European companies in Germany, including Airbus.

#FrenchLeaks media note: We never reveal our sources but we can say our materials are authentic and that we have a perfect record.

German prosecutors dropped an investigation into the alleged tapping of Chancellor Angela Merkel's mobile phone by the NSA for lack of hard evidence.

Assange said France should go further than Germany: by referring "the matter to the prosecutor-general for prosecution." He said: "I think from a policy perspective what is to come is much more significant than what we have published so far.

Where was the main stream media when 3 French presidents where having phone calls tapped by an ally? #FrenchLeaks https://t.co/x3OVzGHnlL

"But now the question really for (President François) Hollande and the French leadership is what are the opportunities in their response to address this situation."

Revealing that more revelations on the matter were due to be published soon. Assange accused the US of playing "word games."