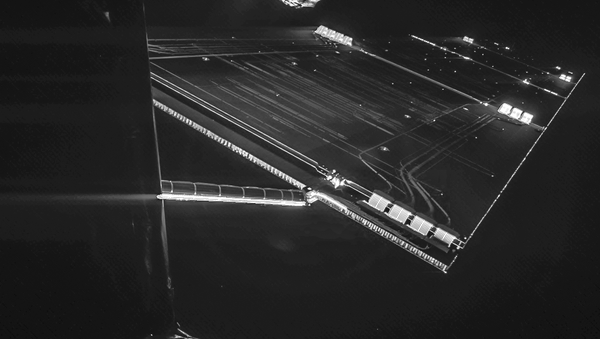 The mission will likely end when the probe lands on the surface of Comet 67P/Churyumov-Gerasimenko, which it has been following since August 2014.

‘Hello, Earth! I'm Awake!': Lost Robot Philae Sends Signals From Comet
The Rosetta mission has been extended until September 2016, and will most likely end when the spacecraft lands on the surface of Comet 67P/Churyumov-Gerasimenko, where it arrived in August 2014.

Rosetta Captures the Sunset on Comet Churyumov-Gerasimenko
"This is fantastic news for science," said Matt Taylor, a Rosetta Project Scientist working for the European Space Center, commenting on the announcement.

"We’ll be able to monitor the decline in the comet’s activity as we move away from the Sun again, and we’ll have the opportunity to fly closer to the comet to continue collecting more unique data. By comparing detailed ‘before and after’ data, we’ll have a much better understanding of how comets evolve during their lifetimes."

The mission had been scheduled to finish at the end of December 2015, but on Tuesday the ESA gained approval to continue the project for another nine months, after which Comet 67P/Churyumov-Gerasimenko will move further from the Sun, leaving Rosetta without enough solar power to run its set of scientific instruments.

Rosetta, was launched in March 2004 and executed a flyby of Mars in 2007, before passing Mars' orbit to reach the asteroid belt and observe the asteroid Steins in 2008. In 2010 it observed the asteroid Lutetia, which is ten times larger than Steins.

Solar-powered Rosetta, then beyond the orbit of Jupiter some 800 million km from the Sun, went into deep space hibernation for 31 months before it woke up in January 2014, when its orbit brought it back to within 673 million km of the Sun. 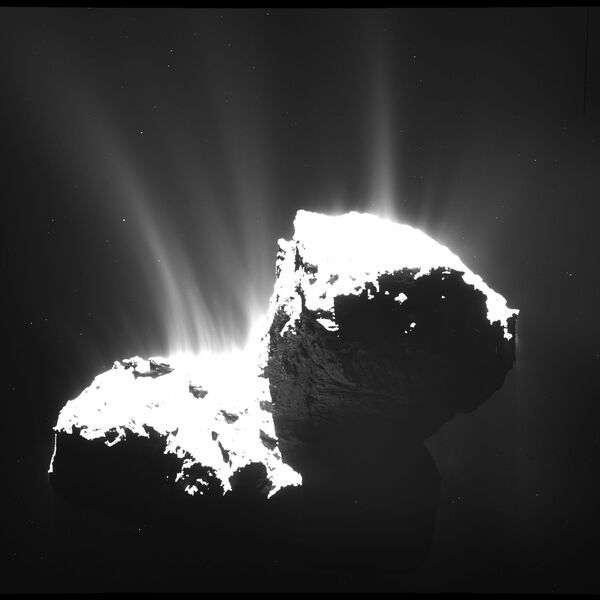 This photo of Comet 67P/Churyumov-Gerasimenko was taken by the OSIRIS wide-angle camera on the Rosetta space probe on Nov. 22, 2014.
© AP Photo / ESA
"As we’re riding along next to the comet, the most logical way to end the mission is to set Rosetta down on the surface," explained Rosetta Mission Manager Patrick Martin.

"But there is still a lot to do to confirm that this end-of-mission scenario is possible. We’ll first have to see what the status of the spacecraft is after perihelion and how well it is performing close to the comet, and later we will have to try and determine where on the surface we can have a touchdown."

Rosetta arrived at Comet 67P/Churyumov-Gerasimenko in August 2014. The comet, which completes an orbit of the Sun once every 6.5 years, is currently on its approach to the Sun and is set to reach its closest point, called perihelion, on August 13.