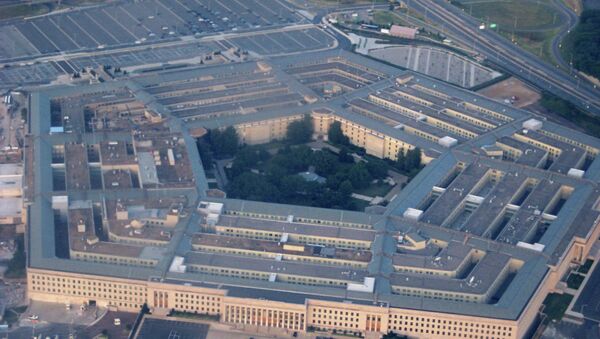 The Pentagon has published its massive book of rules for war, and one of them is that some journalists may be considered "unprivileged belligerents," essentially a new euphemism for someone whose rights need not be respected.

The passage on page 173 of the 1,000+ page document known as the "Department of Defense Law of War Manual" contains a passage that one expert who spoke to the Washington Times called "odd."

The term would seem to throw journalists operating independently of government handling into the same category as "enemy combatants" — the previous era's preferred term for people the US is trying to kill.

"[It's] an odd and provocative thing for them to write," Michael Rubin, a Middle East expert at the American Enterprise Institute, told the Times. Rubin said he believes that the wording reflects a new reality in modern warfare.

"Unprivileged belligerent" would refer to someone not afforded the privileges of the Geneva Conventions, like a civilian trial, and who would be denied prisoner of war status and be detained indefinitely.

Military journalists, the manual notes, "have the same status as other members of the armed forces."

Under the subhead "Other Journalists" the manual says that "In general, independent journalists and other media representatives are regarded as civilians; ie., journalism does not constitute taking a direct part in hostilities such that such a person would be deprived of protection from being made the object of attack."

Though the manual helpfully clarifies that journalism isn't warfare, it doesn't explain the exceptions to the initial "In general" categorization and explain how, and under what circumstances these "other journalists" are not to be distinguished as civilians, but instead, as the enemy.

The distinction is an important one, as evidenced from at least one example in recent US history — the case of Jawed Ahmad, an Afghan journalist captured as an enemy combatant in 2007 and held for almost a year at Bagram Prison in an experience he described as "hell."

He was released without explanation and still vividly remembers the last conversation he had with his American guards.

"I will never forget it," Ahmad told the BBC.  "They said 'you know what?', and I said 'what' and they said there is no right of journalists in this war."

Pentagon spokesman Army Lt. Col. Joseph R. Sowers told the Times he thinks there's no deep significance to the phrasing, since it's a manual and not binding law.

As an example Col. Sowers pointed to Al-Qaeda's Inspire magazine, the Nigerian publisher of which — Lawal Babafemi  - pled guilty in 2014 charges of providing material support to an al Qaeda affiliate and aiding in their recruitment campaigns.

"Members of nonstate armed groups, such as al Qaeda, who also do work that could be characterized as journalism, would continue to be unprivileged belligerents notwithstanding their work as journalists, " Sowers said. "As another example, enemy spies that used journalism as a cover would likely also be considered unprivileged belligerents if they are caught while engaged in espionage."