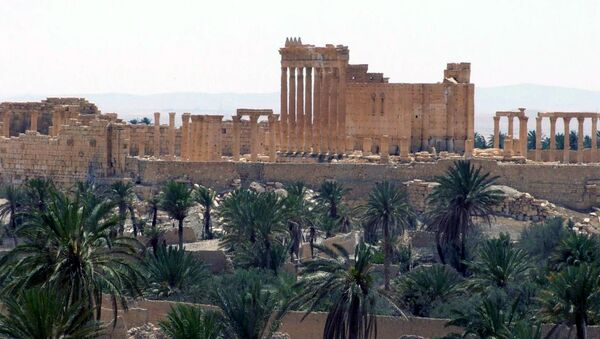 According to head of Directorate General of Antiquities and Museums in Syria, Islamic State militants detonated bombs at two holy sites in the ancient Syrian city of Palmyra.

According to the newspaper, Abdulkarim said that the militants set off bombs at the tombs of a descendant of the Prophet Mohammad's cousin and religious figure Nizar Abu Bahaaeddine.

The militants captured Palmyra on May 20 after a week of fighting. Syrian government forces withdrew from Palmyra to avoid the destruction of the historic part of the ancient city. A majority of Palmyra's population was evacuated.

Palmyra, listed as a UNESCO World Heritage Site, contains large ruins of an ancient Roman city that was, at the time, one of the most important cultural centers in the world.

IS is a radical Sunni militant group, notorious for multiple human rights atrocities, mass killings and the destruction of shrines on territories it has occupied across Iraq and Syria. According to UNESCO, smuggling artifacts from occupied territories is a major source of income for the radicals.