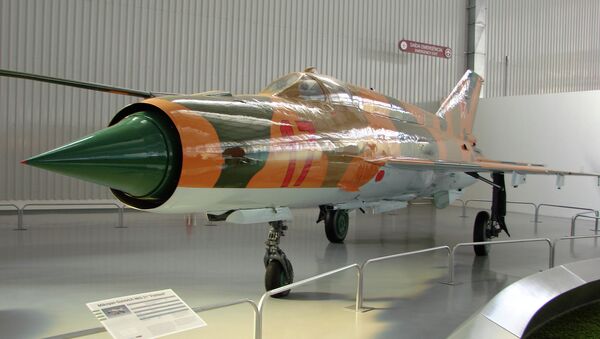 Parts of a MiG-21 fighter jet have been seized by Russian customs on a train traveling from Moscow to Odessa.

MiG Fighters: Between Past and Future
MOSCOW (Sputnik) — Russian customs officers have seized parts of a MiG-21 fighter jet on board a train traveling from Moscow to Odessa in Ukraine, the Central Customs Directorate said on Tuesday.

"A coach attendant filled in a customs declaration describing the declared goods as parts of a tractor," the directorate said in a statement.

"The attendant said he did it on request of a person who asked him to deliver the cargo to Ukraine," the statement said.