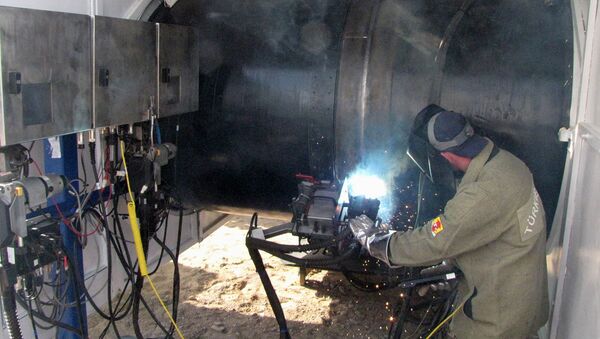 © AFP 2021 / STR
Subscribe
The government of Turkmenistan expects the selection of the consortium that will finance the Turkmenistan-Afghanistan-Pakistan-India (TAPI) gas pipeline project to be finalized by September 1, the Central Asian country's ambassador to India told Sputnik Tuesday.

Business Before Politics: Europe Wants Gazprom to Deliver More Gas
NEW DELHI (Sputnik) – The Turkmenistan-Afghanistan-Pakistan-India (TAPI) project is a proposed 1,078-mile pipeline to transport Caspian Sea natural gas from Turkmenistan to India. Originally, the cost of the project was estimated at $7.5 billion, however, recent media reports have readjusted this calculation to $10 billion.

“By September 1, the government of Turkmenistan [is] committed to producing the final results of the selection of a consortium and the leader of the consortium… By the end of the year, you will see a lot of change in this project,”, Parahat Durdyev said.

According to the diplomat, his country remains committed to the TAPI project and seeks to speed up its implementation.

Durdyev said that the project launch is expected to take place in December 2015, while gas deliveries to India via the new pipeline are likely to start in 2018.

“Turkmenistan can provide energy for India's development and the Indian economy in the future,” Durdyev said.