US Approves $69Mln Sale of Radar-Destroying Missiles to Australia 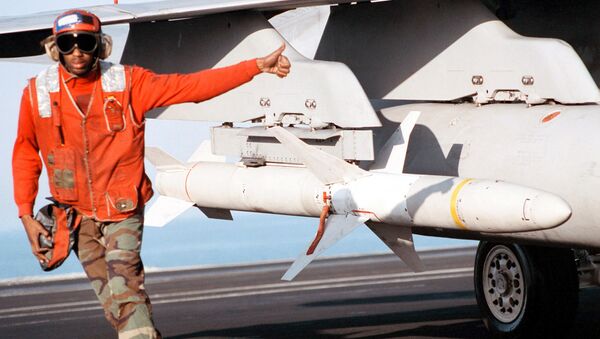 © Wikipedia
Subscribe
International
India
Africa
he US State Department has approved a $69 million sale to Australia of air-to-ground missiles designed to destroy enemy radar with little input from the pilot, the US Defense Security Cooperation Agency (DSCA) said in a statement on Monday.

US Navy Acquires Advanced Radar for Surveillance Aircraft
WASHINGTON (Sputnik) — The sale includes 14 of the AGM-88B and 16 of the AGM-88E versions of the anti-air defense missiles, which seek and destroy ground radar.

“The State Department has made a determination approving a possible Foreign Military Sale to Australia for AGM-88B High-Speed Anti-Radiation Missiles and associated equipment, parts and logistical support for an estimated cost of $69 million,” DSCA said.

Australia is a member of the anti-ISIL Coalition that has carried out more than 4,000 airstrikes in Iraq and Syria.