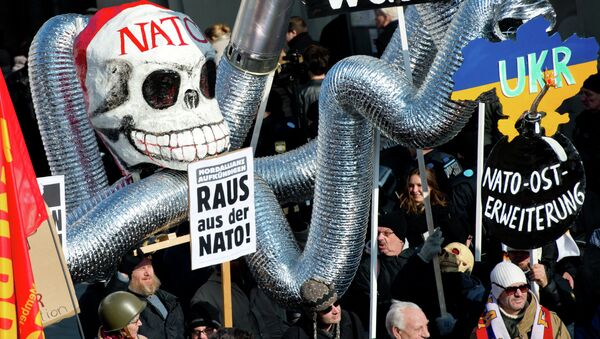 Re-Nuclearization of Europe: The Unthinkable May Turn Into Reality
The United States has recently turned into a "dictatorship" in which its people, with the exception of the richest 10 percent, have no impact on the country's policies, publicist and investigative historian Eric Zuesse emphasizes.

No Imagination: NATO Wrestles 'Green Men' in Major War-Games
Analyzing the chain of events, Eric Zuesse underscored that Washington's decision makers had long been considering plans of grabbing Ukraine, since this country "is more important to them (and their billionaire sponsors) than getting any of the twelve former Warsaw Pact nations that the US had already brought into NATO." Ukraine is key to restraining Russia according to American political scientist Zbigniew Brzezinski.

Again? US Destroyer to Enter Black Sea Sunday to Support Atlantic Resolve
The Sochi Olympics ended on February 23, 2014, while the US-backed February 2014 "revolution" in Ukraine, carried out by the Ukrainian ultra-nationalists and neo-Nazis in Ukraine started on February 18, 2014.

NATO, US Muscle Flexing Pulls Nukes Back Into Global Game of Thrones
Crimea's referendum held on March 16, 2014 had clearly demonstrated that the US-backed new Ukrainian government had no support among the majority of the peninsula's population, which voted for reunification with Russia.