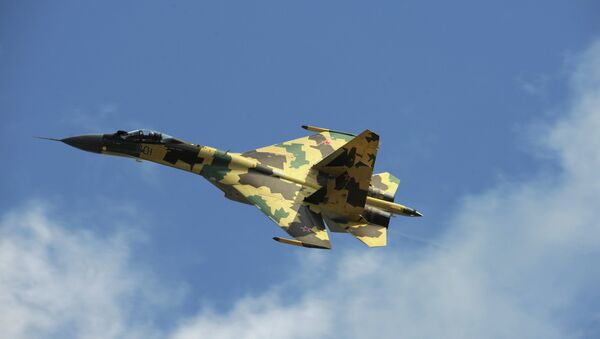 All You Need is Su-35: China Should Buy Russian Fighter Jets – Media
Moscow will most likely sell its advanced Su-35 fighter jets to China by the end of this year, US journalist Zachary Keck emphasizes, adding that the sophisticated multirole aircraft will allow China to project its power over the South China Sea more efficiently.

The aircraft is equipped with high-capability weapon systems and can reach Mach 2.25 speed (2,390km/h).

The journalist pointed out that such Su-35's features as high fuel capacity and long range are also important for China, as they obviously will allow the geopolitical player to strengthen its positions in the South China Sea region.

Indeed, currently China's PLAAF fighters can carry out only limited patrols of the South China Sea's areas, as their fuel capacity strictly determines the time of the mission. In contrast, the Su-35's range and speed may solve this problem, the journalist noted.

Remarkably, the Su-35 fighter jet is not only on par with the US-made F-15, F-16, F/A-18 and the new F-35 fifth-generation stealth fighter, but is even outpacing them, according to the flight and weapons tests.

It is expected that China will buy 24 advanced fighters of this type by the end of this year, according to Russian jet manufacturer Yuri Slyusar, a chairman of United Aircraft Corp.

"Our position is that we still believe that we will sign the contract to sell 24 aircraft this year," Yuri Slyusar said, as quoted by Mr.Keck.