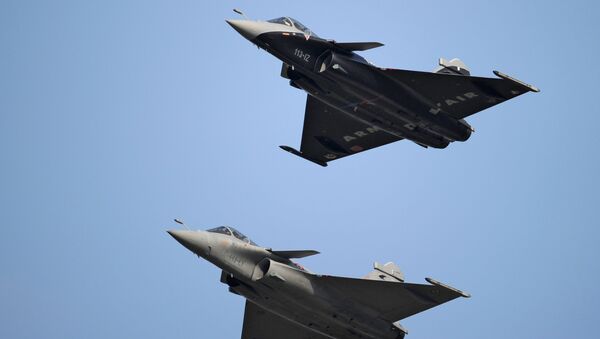 More than half of French military aircraft, including fighter jets and transport planes, are incapable of fulfilling their missions due to their poor technical state, French media reported, citing data obtained from the Ministry of Defense through a parliamentary inquiry.

Only 40 percent of the planes used by the French Armed Forces can be operated on an ongoing basis, Liberation newspaper said citing a Ministry of Defense reply to a member of French parliament. Some of the military aircraft were bought over half a century ago when Charles de Gaulle was president.

Let's take a closer look. The worst affected planes are the Lockheed C-130 Hercules military transport aircraft. Only a third of the 14 planes in service are operational. The French military plans to replace them with the Airbus A400M Atlas.

Boeing KC-135 Tanker operated by the French... Taking off from Libreville going to somewhere in Chad..#contractlife pic.twitter.com/1TfHDkUMTc

The information on the state of the Boeing KC-135 Stratotanker military aerial refueling aircraft is classified. However, the average time in service of the 14 units used by the French military exceeds 50 years.

The French Air Force operates more than 225 combat aircraft, including some 130 Dassault Mirage fighters and less than a hundred Dassault Rafales jet fighters.

More than half of the Rafale jet fighters in service cannot get off the ground on alert. The situation with the French multirole Mirage jet fighters is just as bleak.

Between 38 and 41 percent of Mirage jet fighters are operational, according to 20minutes.fr. The French Armed Forces declined to comment on the technical state of those aircraft, which can conduct nuclear strikes.

The French military air fleet seems to be in crisis and it is not alone. Last year reports emerged that almost half of German military aircraft were not fit for deployment.