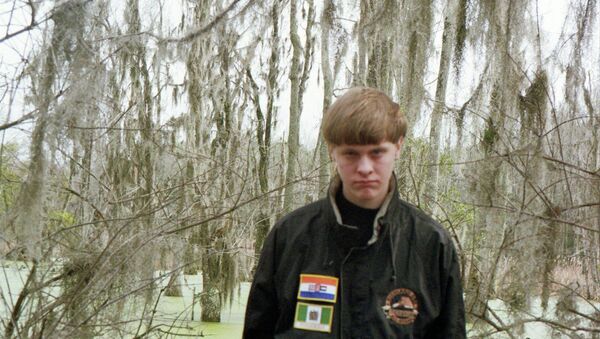 © REUTERS / Facebook profile picture
Subscribe
An author and activist, in an essay posted on Psychology Today, blames a culture of ‘anti-intellectualism’ on the violence in the United States. That includes “hate” and “racism.”

Author David Niose starts of by saying that discussions on “racism” and “gun violence” are important but they overlook a key deficiency in American society.

South Carolina’s Confederate Flag Not Lowered to Honor Charleston Victims
“Decrying racism and gun violence is fine, but for too long America’s social dysfunction has continued to intensify as the nation has ignored a key underlying pathology: anti-intellectualism,” Noise wrote in Psychology Today in a post published on the website.

Niose argues that the country embraces and exalts in ignorance and that national leaders continue to foster this culture and dub anyone using rational debate based on facts and evidence as “elitist.”

“In a country where a sitting congressman told a crowd that evolution and the Big Bang are ‘lies straight from the pit of hell,’ where the chairman of a Senate environmental panel brought a snowball into the chamber as evidence that climate change is a hoax, where almost one in three citizens can’t name the vice president, it is beyond dispute that critical thinking has been abandoned as a cultural value,” Niose writes.

Such anti-intellectualism comes with a “huge price” and is leading us towards a “downfall.”

That very danger is symbolized in the Charleston shooting in which nice black parishioners were killed. Niose makes the case that racism is a symptom of ignorance as is “America’s violent, gun-crazed culture.” Such results would not be so ubiquitous if in a society that placed a greater value on intellectualism.

World Scratches Head: ‘We Don’t Understand America’s Need for Guns’
“Rational public policy, including policies that allow reasonable restraints on gun access, simply isn't possible without an informed, engaged, and rationally thinking public… critically thinking individuals recognize racism as wrong and undesirable, even if they aren’t yet able to eliminate every morsel of bias from their own psyches or from social institutions. An anti-intellectual society, however, will have large swaths of people who are motivated by fear, susceptible to tribalism and simplistic explanations, incapable of emotional maturity, and prone to violent solutions.”

“What else could explain the hyper-patriotism that has many accepting an outlandish notion that America is far superior to the rest of the world? Love of one’s country is fine, but many Americans seem to honestly believe that their country both invented and perfected the idea of freedom, that the quality of life here far surpasses everywhere else in the world.”

“But it doesn’t,” Niose points out noting that the US places well behind most other developed nations in quality of life rankings and education as well as the highest in rates of murder, violent crime and incarceration.

000000
Popular comments
This would mean more if we hadn't heard and continue to hear rampant unrestrained anti-Russian racism directed either at President Putin or towards Russians in general i.e. stereotypes about backwardness, drunkeness, unintelligence and inherent criminality all the usual rubbish about dictatorship. In any case, the U.S. has no need to forge a unified country, it has a militarised police force.