Delaware 18th State to Approve Recreational Use of Marijuana 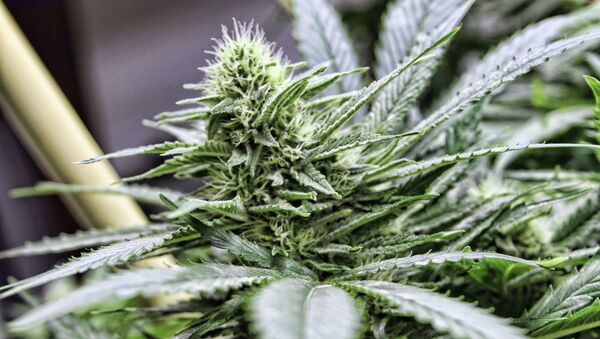 © Flickr / Coleen Whitfield
Subscribe
International
India
Africa
Citizens in Delaware will be able to legally use a limited amount of marijuana for recreational purposes thanks to a bill signed into law by Governor Jack Markell on Thursday.

A new Delaware law, which takes effect in six months, will decriminalize possession of up to an ounce of marijuana.

Texas Close to Legalizing Medical Marijuana Oil
The penalty for using marijuana in a public place will be reduced to a $100 civil fine. The previous law defined marijuana possession as a misdemeanor punishable by a maximum of six months in jail and a civil fine of up to $1,150.

Markell, a Democrat, signed the bill almost immediately after it was approved by the Senate. According to Delaware Online, the bill passed the state legislature without a single Republican vote.

Police would still be able to confiscate the drug, Delaware Online reports.

Delaware joins 17 other states which have decriminalized possession and recreational use of small amounts of marijuana, according to the National Organization for the Reform of Marijuana Laws, a lobbying group. Delaware along with 22 other states and the District of Columbia also allow use of marijuana for medical purposes.