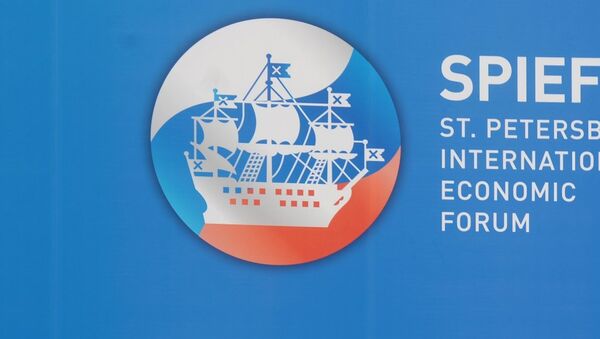 Zhang was in Russia to attend, among other things, the annual St. Petersburg International Economic Forum, which brought together President Vladimir Putin and leading politicians and business executives from around the world, Xinhua news agency reported.

During his visit, the Chinese Vice Premier also co-chaired the second meeting of the China-Russia Investment Cooperation Committee with his Russian counterpart Igor Shuvalov to discuss a raft range of new large-scale cooperation projects, including the design of a high-speed railway between Moscow and the southeastern Russian city of Kazan.

Russia, China May Reach Annual Trade of $200Bln Soon - Putin
Zhang called for greater results in bilateral cooperation on energy, agriculture, space and the development of Russia's Far East region, among many other areas.

The Russian side expressed readiness to expand bilateral practical cooperation into wider areas.

According to official statistics, China's investment in Russia has been growing steadily over the past few years. The volume, including those via third countries, totaled nearly $33 billion by 2014.

Russia was the first leg of Zhang's four-nation trip, which will also take him to Lithuania, Serbia and Kazakhstan.