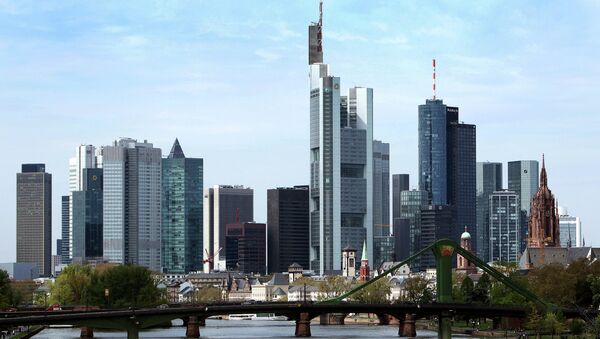 "I've always been against sanctions, and I still think they're wrong. I'm not the only person in Germany who thinks that. I support the statement of Russian President Vladimir Putin — it's time to put an end to sanctions," Thiele said during the St. Petersburg International Economic Forum.

The German businessman hopes that Europeans finally understood that anti-Russian sanctions are hurting the EU itself.

The United States, the European Union and their allies imposed several rounds of anti-Russian sanctions in 2014, accusing Moscow of interfering in the Ukrainian conflict. Russia has repeatedly dismissed the allegations, calling the sanctions counterproductive.

German Business Gathers in St. Petersburg Despite Pressure From Washington
In August, Moscow imposed a year-long food embargo on the countries that had sanctioned it.

As a result of the sanctions, the EU could lose up to €100 billion ($114 billion), a study by the Austrian Institute of Economic Research revealed Friday.

"If the situation does not change fundamentally, our most pessimistic scenario will come true," one of the research authors Oliver Fritz was quoted as saying by Die Welt.