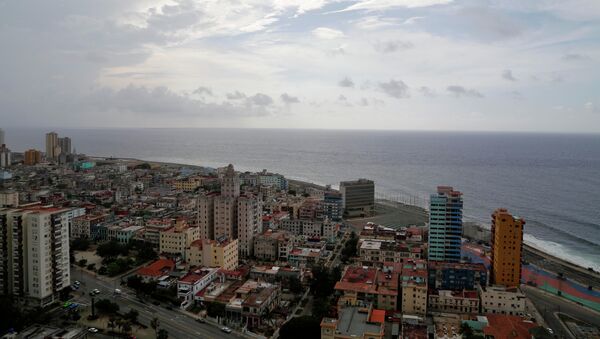 WASHINGTON (Sputnik) — Cuba, which was removed from the US State Sponsors of Terrorism list in May 2015, continues to allow more than 20 separatists from the Basque Fatherland and Liberty Organization (ETA) to live in the country, according to the US State Department’s annual terrorism report released on Friday.

“The Government of Cuba does continue to allow approximately two dozen members of the Basque Fatherland and Liberty Organization (ETA) to remain in the country,” the 2014 country report on terrorism said.

The State Department added, however, that the Cuban government provided assurances that it would never permit the ETA to use Cuban territory for activities against Spain or any other country.

US Formally Removes Cuba From State Sponsors of Terrorism List
The ETA is recognized as a terrorist group by the United States and European Union for terror attacks carried out in Spain.

Cuba was put on the US State Sponsors of Terrorism list in 1982 for providing safe haven to members of the ETA and the Revolutionary Armed Forces of Colombia (FARC), according to the State Department.

In May 2015, the State Department officially removed Havana from the list, stating that Cuba meets conditions for rescinding its designation.

The move has been controversial as critics have pointed to Cuba’s past human rights abuses and sponsoring enemies of the United States.

We've come a long way in six months, and we look forward to the future of US-#Cuba relations. #USCuba1217 pic.twitter.com/w4lWPXyJRJ

US House Speaker John Boehner has said the Cuban regime scored a major political victory in succeeding to be removed from the list without providing anything in return.

The State Department argued in the report that Cuban government has taken a number of steps to distance itself from international terrorism.

Cuba has hosted internationally recognized peace negotiations between the FARC and Government of Colombia to end several decades of war.

“There is no credible evidence that the Government of Cuba has provided specific material support, services, or resources, to members of the FARC,” the report read.

The Obama administration announced its intention to normalize US-Cuba relations in December 2014. The US president said he wanted to re-open the US Embassy in Havana and to lift the trade and travel embargo on the island.