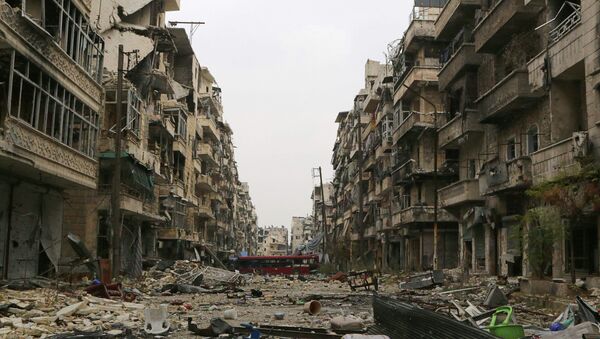 “It’s necessary to solve the Ukrainian issue and a large alliance [with Russia] needs to be made in order to establish peace in Syria and Iraq.”

Fillon was appointed a French prime minister by then President Nicolas Sarkozy in 2007, and left the office in 2012, after Sarkozy lost to Francois Hollande in the 2012 election.

World Must Realize Russia's Key Role in Global Politics – Kazakh Leader
Syria has been embroiled in a civil war since 2011 between the government of President Bashar Assad and many insurgent groups, including the Islamic State that controls more than 50 percent of the country, according to the UK-based Syrian Observatory for Human Rights (SOHR).

ISIL has taken over large parts of Iraq as well. On May 17, it seized the city of Ramadi, located just 80 miles from the Iraqi capital of Baghdad.

Earlier in the day, Russian Foreign Minister Sergei Lavrov said there is no serious international issue in today's world that could be solved without Russia's participation.