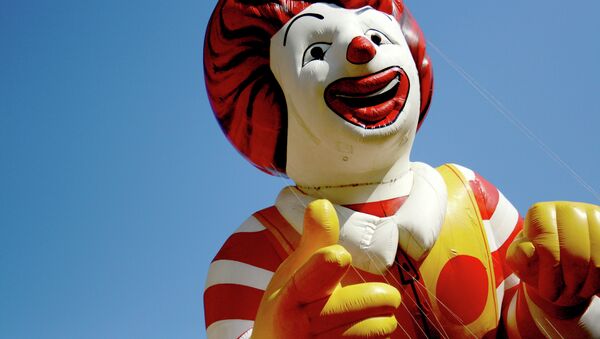 Members of the European Parliament have accused global giants such as Google, Fiat, Amazon, Inbev, Ikea, HSBC, Coca-Cola and McDonald's of failing to co-operate with, or being unable to meet with, the committee investigating corporate tax avoidance in the EU.

The EU is attempting to adopt to tackle corporate tax avoidance in the Single Market despite an uphill battle against global giants such as Apple and Starbucks, both of which are under investigation for deliberately using a network of companies to channel profits into countries with more benign tax regimes.

Britain is the 'biggest tax haven in the EU' http://t.co/lfYtVAnaVl pic.twitter.com/EQV5o6464h

Members of the European Parliament (MEPs) this week hit out at companies refusing to meet with parliament's special tax committee, saying they must 'have something to hide'. According to the European People's Party (EPP) deputy leader Burkhard Balz, these include:

However, he told The Parliament Magazine that: "The companies who refused in a first reaction to come to the tax committee have been given a second chance. On 23 June and 2 July there will be other committee meetings. We invited them and some have already agreed to come. Others have not yet replied."

Breaking Satire: Ok @google how do I farm demographic info and avoid paying tax while giving the impression I'm a cuddly organisation?

The European Parliament's co-rapporteur on the TAXE committee Michael Theurer said: "Some companies refused with a view to the ongoing state aid investigations, like Fiat and Amazon or Inbev, which they have a right to do. Others argued that they could not secure a speaker for the date proposed, like Google, Ikea or HSBC — but they did not suggest alternative dates to come to the committee.

"I think it is highly outrageous that all these large multinational enterprises, which staff their Brussels lobby offices with highly qualified experts, cannot find someone qualified to answer the questions of elected representatives of European citizens."

However, it will face a backlash from countries such as the UK, Ireland and Luxembourg — all of which allow large multinationals to pursue specialised schemes to reduce their tax burden.

Luxembourg is also home to many shell companies where profits of multinationals book their profits on transactions made elsewhere. Ireland too has made itself open to be a center for international headquarters — including Apple — while only having skeleton staff.

The UK's tax system allows for loopholes that companies can exploit to offshore profits and reduce their tax bill in the UK, using global tax havens, such as Anguilla, Bermuda, the British Virgin Islands, the Cayman Islands, the Turks and Caicos Islands, Gibraltar and Montserrat — as well as the Crown Dependencies of Jersey, Guernsey and the Isle of Man.

The MEPs will face further problems in harmonizing tax across the EU after the UK Treasury flatly told Theurer that the UK will reject plans to combat industrial-scale tax avoidance by the world's biggest multinationals.

Almost sounds like @DavidGauke wants the UK to be complicit in multinational tax avoidance to remain competitive http://t.co/IVjjm3M7VO

David Gauke, financial secretary to the Treasury, told MEPs, in a meeting on Thursday, that Britain would not adopt common tax rules.

That's why Monsanto wants to move here. Britain now is not so much a country as a tax avoidance scheme. https://t.co/3dg4lFqiVe

"He was very clear that the UK is insisting on tax competition," said Theurer, who met with the UK treasury minister on Thursday. "It was really a shock from the minister."