Senators Urge US Government to Allocate $9Bln for Amtrak Railroad 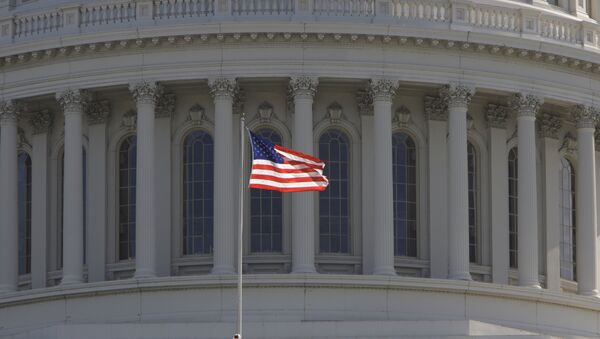 WASHINGTON (Sputnik) — Senators Roger Wicker and Cory Booker are urging the US federal government to set funding for the Amtrak railroad at $9 billion dollars in order to ensure travel safety and economic gains, local media reported.

“Two senators are introducing legislation to spend nearly $9 billion on Amtrak after a deadly crash last month reignited a debate in Washington about the company's federal funding,” The Hill reported on Thursday.

On May 12, 2015, Amtrak train 188 derailed in Philadelphia after travelling on a curve twice the allowed speed limit of 50 miles per hour. Eight passengers were killed and more than 200 injured in the accident.

A day after the Amtrak crash, the US House Appropriations Committee proposed cutting $252 million of Amtrak’s 2015 budget. The Committee passed the bill and it is now readied to be considered on the House floor.

The new legislation, the Railroad Reform, Enhancement, and Efficiency Act, calls for allotting $1.65 billion annually over the next four years as well as $570 million per year on rail grants.

On Thursday, Wicker and Booker argued the funding would be used to make safety improvements, especially on the heavily-travelled tracks on Amtrak’s Northeastern corridor serving 200,000 passengers daily.

“The nation’s passenger rail system serves as an integral part of our overall transportation structure and our economy,” Wicker said in a statement.

Moreover, Booker stated that investing in Amtrak would boost the US economy and help create jobs.

“To help the United States compete globally, we must invest in a safe and reliable passenger rail system that Americans can depend on,” Booker said.

Amtrak is a US government-funded railroad service, operated and managed as a for-profit corporation that provides intercity passenger train service within the United States.