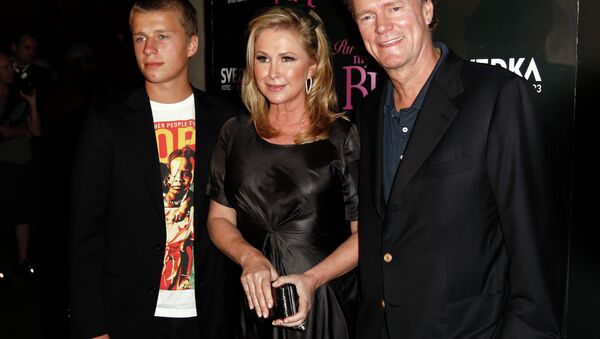 After going on entitled freak-out at 20,000 feet, Paris Hilton’s bumbling baby brother Conrad will avoid a pretty serious prison sentence, thanks in no small part to the riches of his billionaire papa.

Whatever you may think of Paris Hilton, she stays busy. She’s starred in a reality show. She’s written – or, at least, "written" – a New York Times best-selling book. She’s recorded a pop album, aptly entitled, "Paris." She’s even opened her own store in Mecca.

Brother Conrad, on the other hand, doesn’t exactly have a lot on his plate. Full disclosure: I’m not entirely sure what he does since he’s not even active enough to have his own Wikipedia page. He did, however, make headlines last summer for going on a drug and alcohol fueled tirade during an international flight.

During a 10-hour flight from London to Los Angeles, he reportedly marched up and down the aisles, daring male passengers to “square up” with him, and even attempting to punch a flight attendant – though somehow he missed.

"I could get you all fired in five minutes," he shouted, according to passengers, after smoking pot in the bathroom and challenging a pilot to fisticuffs. "I know your boss! My father will pay this out. He has done it before. Dad paid $300k last time.

For that level of crazy, Conrad was facing a potential 20 years in prison for an airborne escapade that would have landed a less fair-complected individual in Guantanamo. According to the Washington Post, an FBI agent attempted to confront Conrad with the severity of his crimes shortly after landing.

"An individual on an aircraft in the special aircraft jurisdiction of the United States who by assaulting or intimidating a flight crew member or…" the agent began, before being interrupted.

"I did intimidate," Conrad said. "But, through defense. He came up to me with his nose."

But no matter. Given his stature as one of the world’s wealthiest nuisances, Hilton has received what essentially amounts to a slap on the wrist.

After pleading guilty to disrupting the flight, Conrad Hilton was sentenced on Monday to three years probation and 750 hours of community service. He will also pay a mere $5,000 fine and submit for mental health and substance abuse treatment.

While that punishment may not sound like much, it’s at least enough to get a Wikipedia page up and rolling.