EU Companies Ready to Cooperate With Russia on Civilian Helicopters 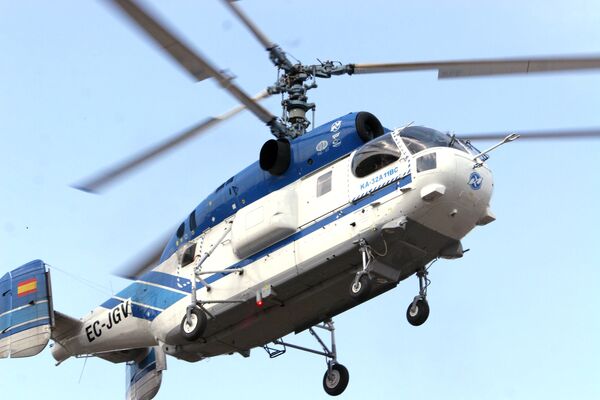 Head of Russian Helicopters design and manufacturing company said that a number of European companies are willing to work with Russia in the area of manufacturing and servicing Russian-made civilian helicopters.

LE BOURGET (France) (Sputnik) — Despite the European Union’s sanctions against Moscow, a number of European companies are willing to work with Russia in the area of manufacturing and servicing Russian-made civilian helicopters, head of Russian Helicopters design and manufacturing company said Wednesday.

"Foreign [European] companies are ready to cooperate on manufacturing of our civilian helicopters," Alexander Mikheev said at the 51st Paris Air Show in Le Bourget Airport.

Military Aircraft, Helicopter Display During Army 2015 Expo
Mikheev noted that many Russian helicopters, for example the firefighting Ka-32BC, are popular in Europe.

"We are meeting and holding talks with our partners Snecma, Turbomeca, Agusta… despite the atmosphere of sanctions I would like to note that our cooperation continues," Mikheev said, adding that many European companies expressed interest in participating in servicing programs for Russian helicopters.

Russian Helicopters, a subsidiary of state technology corporation Rostec, is one the leading players in the global helicopter industry. The company designs, manufactures, services and tests both civilian and military helicopters.

Since early 2014, the European Union, as well as its allies, have imposed a series of sanctions against Russia over its alleged role in the Ukrainian crisis. The restrictions targeted Russia’s banking, energy and defense sectors, as well as certain individuals. Moscow has repeatedly denied the Western allegations, stressing that the restrictive measures are counterproductive and potentially hurting the European economies more than Russia's.