US Overall Confidence in Religion Hits Only 42% – Poll 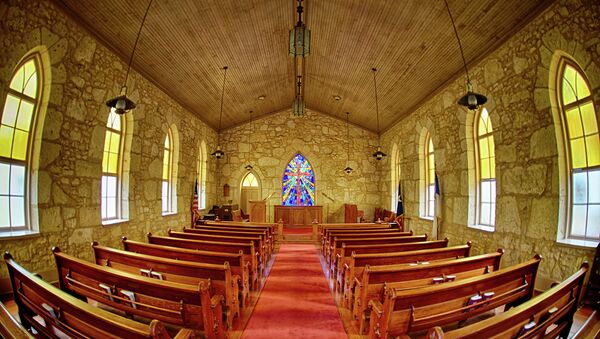 American Protestants and Catholics loose confidence in their churches and the number of atheists grows, a new Gallup poll revealed on Wednesday.

MOSCOW (Sputnik) — Confidence in religion among US citizens has hit a record low, falling to 42 percent in 2015, reflecting a decline that commenced four decades ago, a new Gallup poll revealed on Wednesday.

Only half of respondents who identified themselves as Protestant said they had faith in their Church. The level of confidence among Roman Catholics was on the same level, but the pollster noted that this represented a stabilization after a decade of fluctuating ratings.

US: Confidence in organized religion has hit a record low of 42% http://t.co/iEarMEAzsh pic.twitter.com/xb8ND46bKk

The study attributed the Catholic Church’s slight improvement to the high approval ratings of its current head, Pope Francis, following a slide in confidence in the 2000s over major child sexual abuse scandals.

"The church and organized religion is losing its footing as a pillar of moral leadership in the nation's culture," the pollster concluded, saying the number of people who identify as non-religious is on the rise.

The research was conducted in early June among some 1,500 US citizens. It came a week before the surprise resignation of St. Paul and Minneapolis Archbishop John Nienstedt, whose diocese was accused of failing to prevent child sexual abuse by one of its priests in 2013.