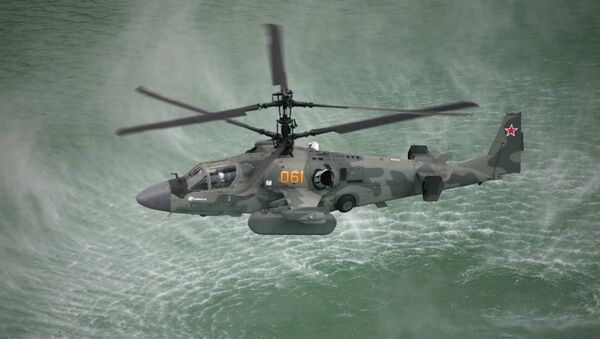 "The helicopter, modified to be based at sea, specifically on Mistral helicopter carriers, will be in demand both in Russia and with foreign partners," Alexander Mikheev said at the 51st Paris Air Show in Le Bourget Airport.

The Ka-52K is a naval modification of the Kamov Ka-52 with a shorter wing and reinforced landing gear intended for the Russian Naval Aviation’s ship-borne attacks.

Each Mistral-type ship has the capacity to carry up to 16 Ka-52K helicopters.

A $1.5-billion Russian-French deal for two Mistral-class warships, signed in 2011, was put on hold late last year following Paris’ accusations toward Russia of its involvement in the Ukrainian crisis. Moscow continues to deny it plays any role in the internal conflict between Kiev forces and independence supporters in southeastern Ukraine.

Both ships, the Vladivostok and the Sevastopol, are believed to be moored in the French port town of Saint-Nazaire.