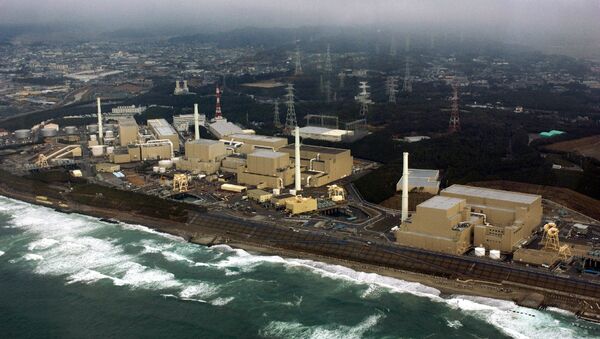 Japan Speeds up Return of Fukushima Refugees to Cut Down on Compensation
MOSCOW (Sputnik) — Chubu Electric Power company filed an application on Tuesday for a safety audit of the third reactor at the Hamaoka nuclear plant, located in an area prone to seismic activity, a Japanese news agency reported.

Hamaoka’s third reactor was under regular screening in 2011, when Japan closed all of its nuclear power plants following the Fukushima disaster, Kyodo news agency said.

The reactor’s reopening is contingent on the Japanese Nuclear Regulation Authority confirming that its safety standards are in compliance with the new regulations, adopted after the Fukushima meltdown.

Japan Delays Removal of Fuel Rods From Fukushima Power Plant by 3 Years
In February 2014, Chubu Electric invited safety inspectors to check its fourth reactor at the Hamaoka plant, which was also closed in 2011.

The Fukushima Daiichi nuclear disaster on March 11, 2011 was triggered by a magnitude 9.0 earthquake and subsequent tsunami.